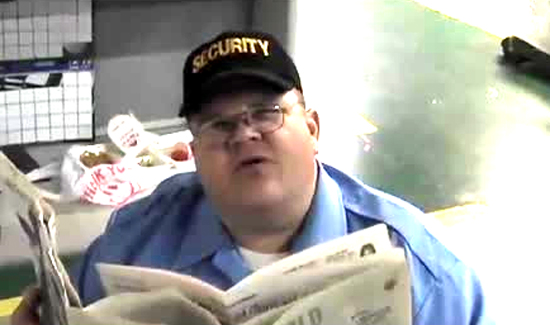 All over the country, a revolution is taking place in public safety.

The work that used to be done by trained and certified police officers is increasingly being handled by all manner of armed civilians.

If you read American Police Beat, you already know that Detroit and the state of Oklahoma currently rely on non-cops to prove public safety as they do professionals to varying degrees.

It uses armed guards, not cops, to cover hot spots.

You know who else seems pretty enthusiastic about putting cops out of business?

“Private security and public law enforcement share many of the same goals,” notes the U.S. Department of Justice’s Office of Community Oriented Policing Services. “As there are two private security [pros] for every one sworn law enforcement officer, effective partnerships can act as a much needed force multiplier.”

That two-to-one non-cop to certified LEO stat is dated, by the way. It’s probably closer to three or four to one.

At any rate, as is the case with the military and education, a tradition like American policing as it was once known, understood and appreciated, seems more like an opportunity for the private sector than something we might want to hold on to.

On the other hand, a cop in Georgia making $22,000 annually could probably double his or her paycheck by signing on as a security guard.

The tradeoff being there’s no pensions or union rep to call when you-know-what hits the fan.

There is a long history in the U.S. for civilians to play an important role in public safety. Turn the calendar back to the year 1900 and count the number of professional, paid cops in our country as compared to the number of civilians who rose to meet challenges as they occurred. It has only been a few decades that academies came into being. In the 1950’s a Detroit rookie road with a veteran for two weeks before being given his own beat to work by himself. APB’s continued negative tone about civilians, auxiliaries, reserves and others often makes it read more like a union newsletter instead of a periodical meant for every person who puts their life on the line to protect and serve. Demeaning anyone for attempting to make their community more safe is (IMHO) very poor judgement.