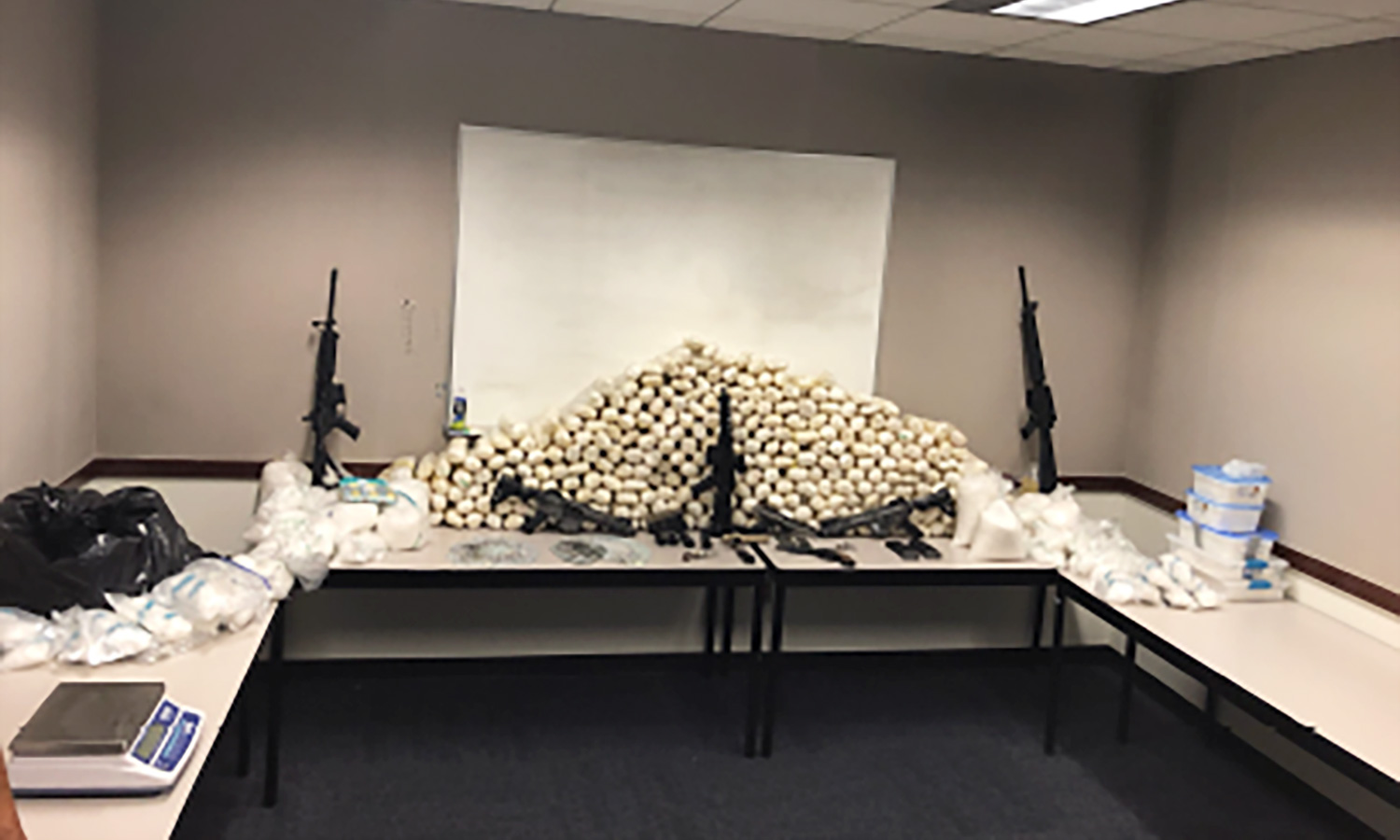 California police have arrested two men in connection with the seizure of 500 pounds of methamphetamine valued at $1.25 million.

The San Gabriel Valley Tribune reported Saturday that the operation also led to the confiscation of $38,000 in cash, five rifles, six handguns, and 40 grams of fentanyl at an Apple Valley auto body repair shop.

Police say 55-year-old Manuel Gallardo of Apple Valley and 21-year-old Daniel Gonzalez of Ontario were arrested on suspicion of possession of methamphetamine with intent to sell, transporting meth for sale and possession of meth while armed.

Authorities say the operation 43 miles north of San Bernardino was part of a two-month investigation by Alhambra and West Covina police into drug-trafficking by the Sinaloa cartel.