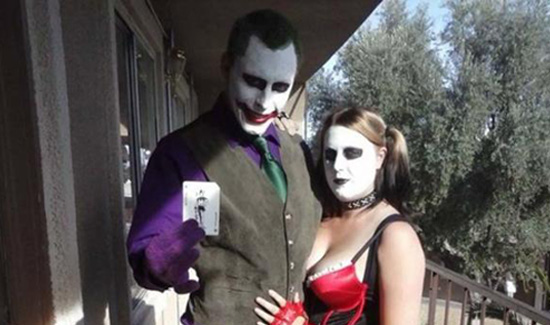 Authorities have released surveillance video from the “full-frontal” assault on a Georgia courthouse earlier this year by a so-called and self-described sovereign citizen.

The video shows Dennis Roland Marx driving his SUV onto the front plaza last June at the Forsyth County Courthouse, where he parked on a sidewalk at the base of the steps with his driver’s side door open. He then exchanged gunfire with Deputy Daniel Rush, who had been outside the courthouse when Marx pulled onto the courthouse plaza.

In case anyone was still confused about whether or not self-styled “sovereign citizens” were a deadly threat to police officers, just consider the brutal murders of Las Vegas Police Officers Alyn Beck, 41, Igor Soldo, 31. They were shot while they ate lunch at CiCi’s Pizza.

The self-described sovereign citizens that pulled the trigger, Jerad and Amanda Miller killed themselves but not before making it clear what they were all about.

Las Vegas Metropolitan Police Assistant Sheriff Kevin McMahill told the media that Miller, left a swastika and a Gadsden flag featuring a coiled snake with the words “Don’t Tread on Me,” on top of the body of Officer Alyn Beck, 41.

Miller also left a note on the body of Officer Soldo indicating that “this is the beginning of the revolution,” McMahill said. Both officers were gunned down inside Cici’s Pizza during their lunch break.

If you don’t know who Jerry R. Kane, Jr., and his son Joseph are and the name Christopher Lacy doesn’t ring a bell then you’re not paying attention.

In the latest crystal clear indication that white-supremacists/sovereign citizens represent a rapidly growing threat to law enforcement professionals, a 60-year-old Texas man accused of setting up an ambush against police and firefighters has told investigators that he set up the attack as both a protest against police shootings and a way to encourage people to vote.

Like so many so-called sovereign citizens, Douglas Leguin sounds as pathetic and desperate for attention as he does insane.

“This is a get out the vote campaign,” Douglas Leguin told KXAS-TV from jail recently. “You have to do something big to get attention in this country.”

Leguin spoke to the station from Dallas County Jail, where the self-identified “sovereign citizen” is being held on $350,000 bail.

Charges include seven counts of aggravated assault against a public servant for allegedly setting fire to a dumpster near a North Dallas home, then allegedly shooting at firefighters with an AK-47 during a brief standoff.

Winston Churchill once said: “The best argument against democracy is a five-minute conversation with the average voter.”

While anti-government extremists that view police officers, immigrants and liberals, as targets aren’t “average,” the mainstreaming of radicalization is something that every cop needs to worry about.

He told reporters he wanted to declare his house as the sovereign republic of “Dougiestan,” said he was motivated by what he called an “upside-down” justice system.

One of the key profile-components useful for officers that may come in contact with sovereign citizens is their incoherent political speech and the paraphernalia they use to identify themselves.

Crazy talk about the liberals using the Ebola anchor babies to smuggler drugs for the CIA is a strong indicator that you’re dealing with a potentially deadly threat.

Additionally they generally have no connection to reality at all. Listen to Leguin’s explanation for trying to murder police officers as a get-out-the-vote campaign.

He told reporters he had second thought about gunning down cops because that would probably mean he would lose the right to vote.

“I had a hard time choosing this path, because I had a lot to lose,” he said. “Somebody had to do it.”

And expect zero help from the feds on this.

There’s some cross-pollination between the libertarian crowd and the more extreme sovereign citizens and as anyone that watched the feeds stand down at the Bundy Ranch standoff can tell you, A.G. Holder doesn’t seem like he has the stomach for dealing with much of anything.