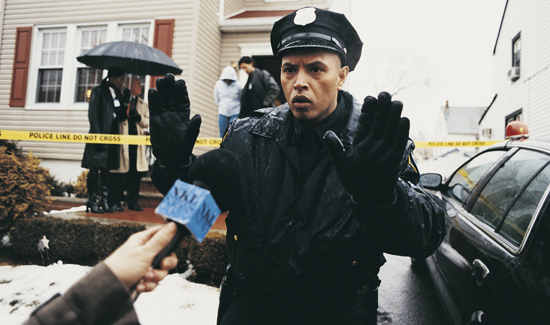 In Texas, law enforcement officers who break the law could soon find themselves in special courts just for cops.

Under a proposed law authored by Texas lawmakers, police officers, firefighters, corrections officers and EMS first-responders who commit crimes would appear before a special court system.

House Bill 3391 was approved 25-6. It now goes to Governor Greg Abbott to be signed into law.

Sen. Brian Birdwell, R-Granbury, the Senate sponsor of the measure, says cops shouldn’t have to go through the normal criminal justice system that other citizens face. He says special courts for veterans have been a success and hopes the special police courts will follow suit.

The special police courts, according to an article from The Houston Chronicle, will be like the drug courts, family drug courts, veterans courts, mental health courts, child support and child-protection courts and prostitution courts.

Typically, first-time defendants are diverted into special courts before they go to trial on criminal charges.
Judges in these special courts can make subjective judgments and send defendants to treatment centers and therapy programs or other measures instead of standard criminal sentencing.

The bill appears to indicate that the courts will be for public safety employees “who have committed a crime as a result of suffering from job-related post-traumatic stress disorder.”

“These individuals serve in a profession that is known for high levels of danger and stress,” an analysis of the law reads.

“Placing them in a program that addresses the root of their mental health problems will provide these otherwise upstanding citizens with the opportunity to overcome their work-related problems and allow them the chance to once again become productive members of society rather than simply put them through the criminal justice system.”

Prosecutors must agree for a defendant to be allowed to go to the special police courts and that they can be sent back to the regular criminal justice system if they fail to comply with court-ordered treatment like anger management programs.

If signed into law by Governor Abbott, the legislation will take effect this fall.