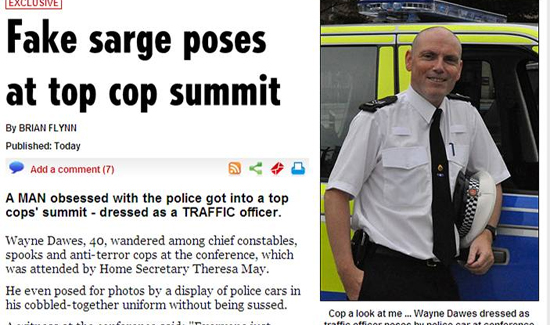 If you know a thing or two about a thing or two, you might be aware of the fact that people that do the same thing can be treated differently.

Let’s say you pull a car load of teenagers over for speeding. It turns out the driver is the local D.A.’s kid.

Odds are that kid’s going to get a slight warning, where someone with a different last name would have been cited.

Despite what we tell out kids, that’s how the world really works. A lot of it comes down to connections and who you know.

That’s why it’s a bad idea for sheriff’s offices and departments to hand out badges to political supporters, friends, or family.

Before the badge gets flashed, everyone says it’s just a nice way for the boss to be able to spread some love around and reward the faithful.

But more often than not, some non-cop with a badge has one too many beers and decides to pull someone over.

And that’s when officials start saying stuff like “we’re going to be taking a very serious look at this practice.”

The badge is kind of a big deal.

It’s pretty remarkable that some law enforcement leaders think so little of handing them out like bumper stickers.