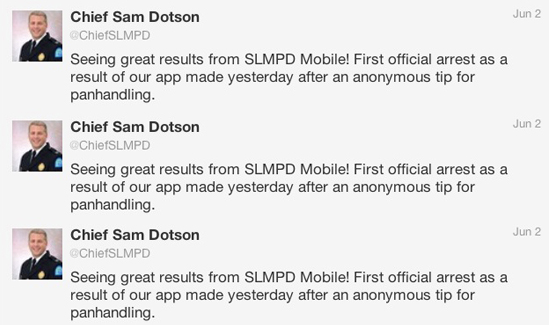 Law enforcement culture moves at a pace that might best be described as “glacial.”

For instance, agencies frequently try and promote something on social media that seems like a can’t-miss winner—until the tweets and re-tweets start coming in.

But instead of being impressed, people the response went the other way. Which is, of course, what Twitter is for.

It has yet to sink in in some quarters but Facebook, Twitter, and all the rest are essentially two-way radios.

That’s the nice thing about old-timey press releases. They don’t give every wizenheimer with a bone a microphone and an audience.