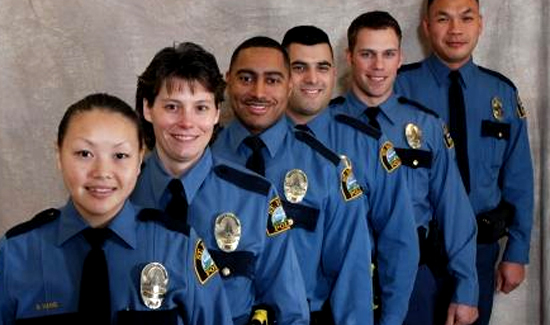 The St. Paul City Council changed course Wednesday evening, deciding that police officers should no longer serve as members of the commission that reviews misconduct complaints against the city’s police officers.

The Police-Civilian Internal Affairs Review Commission has been in place for more than 20 years and always included two officers and five citizens. The plan now is for the commission to be composed of nine citizens, pending final council approval next Wednesday.

The city council was moving toward keeping officers on the commission, but some were swayed by an outpouring of community members who supported a civilian-only panel.

The council meeting was standing-room-only with people holding signs, such as “Listen to the people.” The St. Paul Police Federation advocated for officers to stay on the panel, and officers attended the meeting wearing federation shirts.

“I want to thank all the community members and leaders for advocating and coming down and making sure that all the council members vote right this time,” said council member Dai Thao, who supported removing officers from the commission from the beginning. “… This is a civilian process that would ensure the transparency and trust of the community. It’s the right thing to do.”

Dave Titus, St. Paul police union president, said he believes the mayor and the majority of council members turned their backs on officers.

“The Police-Civilian Internal Affairs Review Commission has served the City with a fair, accountable, and just process for more than 20 years,” Titus said in a statement. “… The decision to throw this away by making change for political reasons represents a complete and tragic disregard for our great officers who put their lives on the line every day. It boggles my mind, that the mayor and council believe the actions of officers should be judged by those less knowledgeable on the policies and procedures with zero input from actual subject-matter experts — street cops.”