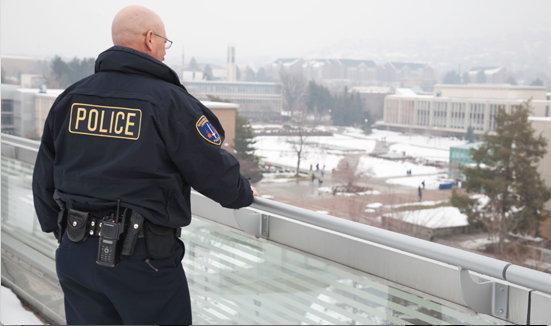 Shortly after the state began investigating Brigham Young University’s police department last year, amid controversy over its access of other departments’ records, an audit showed that BYU officers were incorrectly logging their use of state Bureau of Criminal Identification records.

In at least one rape case, The Salt Lake Tribune reported last year, a BYU officer accessed a Provo police report and shared its contents with BYU’s Honor Code Office. Provo and BYU police departments asked the state Department of Public Safety to examine how BYU officers accessed and shared their own reports and the records of other Utah County police agencies.

DPS remains tight-lipped about the probe as the one-year anniversary of its May 26 launch approaches, saying only that it is ongoing and there is no date for completion.

But recently released records show that in June, DPS completed an audit showing BYU police were out of compliance in their access of the BCI database, which includes criminal histories, concealed carry permit records and outstanding warrants. The audit, obtained by The Tribune following a records request, says an auditor deemed the errors “non-serious.”

The audit • Most of the problems discussed in the audit revolved around officers using BCI for background checks, including the finding that 10 percent of BYUPD’s audited transactions had incorrect purpose codes — a letter officers must enter to describe why they are accessing the database, such as a “C” for an investigative purpose or a “J” for employment purposes.

Auditors also found BYU police had frequently run background checks on employees at the school, which is owned by The Church of Jesus Christ of Latter-day Saints.

I’m glad this is being audited. There are far too many “favors” done there.