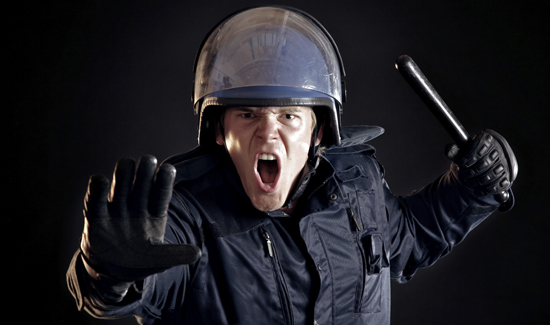 In Grafton, Michigan, a man went on a rampage inside the Grafton Police Department in a bizarre incident that was captured on video.

It doesn’t take Captain Angry Pants long to get started. He kicks a hole in the wall before grabbing a bunch of stuff, tossing it around and generally making a big mess during a temper tantrum.

As the guy’s losing steam and the freak out is winding down, two cops walk into the building and calmly arrested the suspect.

Obviously police are looking into whether drug use was a factor.