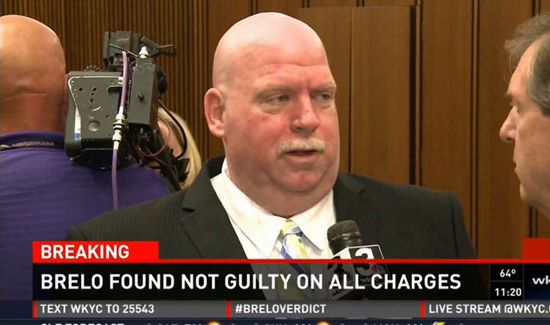 The narrative that’s taken hold in the media regarding police is this: in the aftermath of several high-profile use- of-force incidents and in custody deaths, police officers are scared to do their jobs for fear of reprisal, and the criminals are running wild in the streets.

Whether or not you buy that depends largely on whether you’re a so-called “police supporter” or are “anti-police.”

To some that seems like kind of a simplistic analysis of a dynamic and complicated situation.

But the fact remains that many officers are expressing the opinion that they can’t do the job the way they used to with so many eyeballs and everything winding up on video and the news.

Steve Loomis, head of the Cleveland Police Patrolmen’s Association, has been one of the more vocal police association leaders on the issue.

He contends that federal task forces, recommendations for better training, and the anti-police attitudes out there are about politics and nothing else.

“What it’s doing, and what all these sideshows and unprecedented events are doing, is emboldening the criminal element,” Loomis said. “Like I said before, it absolutely is going to get somebody killed; one of us or one of them. Neither is a good thing.”

As is usually the case with high-profile police association leaders, Loomis had some controversial talking points.

“The reality is that we’ve given the inmates the keys to the asylum,” Loomis said. “It’s not right. It’s not safe for the police officers and it’s not safe for the good, God-fearing, law-abiding citizens out there. But this is the path that leadership, federal, state and local, has put us on.”