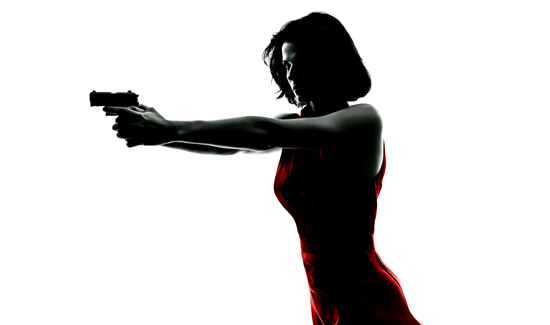 Most people would not picture a small, attractive white woman when they hear the words “armed robber,” and that might be why a stick up artist working in the Southern U.S. has had so much success.

She’s got a partner, too. He’s a large African-American male.

The two have stolen more than $4 million during stick-ups at high-end jewelry stores and other locations.

From the Atlanta Journal Constitution:

In the most recent robbery on Monday, the FBI said, the woman hit a Jared Vault store in Mebane, N.C., just after 10:30 a.m. and displayed a handgun.

She forced two employees into a back room and zip-tied them, then used their keys to open several jewelry display cases, loaded the merchandise into a shopping bag, and fled, the FBI said.

Both suspects are considered armed and dangerous. The FBI asked people to call 1-800-225-5324 (1-800-CALL-FBI) if they have information on the suspects or robberies.