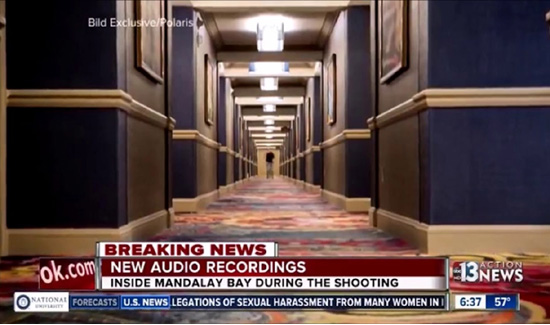 For a wide variety of reasons reports about the Las Vegas massacre (Mandalay Bay) have been delayed repeatedly.

But we might know more about the incident after a judge has ruled that Las Vegas police can not charge “Exorbitant fees,” to those seeking the release of the documents.

Reports indicate that authorities wanted to charge somewhere in the range of $233,750 to $458,159 to “make such data available,” Clark County District Judge Richard Scotti ruled Friday. As mass shootings increase in body counts and frequency, we seem to be learning less about them after the fact. That makes it hard to come up with a better plan for the next incident.

“An excessive fee is the antithesis to government accountability,” the judge wrote in his decision. “The government cannot frustrate the Media’s efforts to obtain information on behalf of the public by charging exorbitant fees.”

Making public records so expensive that no one can afford them seems like a pretty shortsighted approach to public safety- especially considering the fact that what’s on the reports is the information required to do better next time.

To say this incident was chaotic would be a gross understatement. However, we must be honest with ourselves regarding what went right, and where, tactically, we can improve our response to neutralizing such threats. I hope for the sake of training, that we can help our law enforcement brothers and sisters learn from this horrific tragedy. Debriefing such incidents is the cornerstone for a successful response, and hopefully will result in minimizing the loss of life.