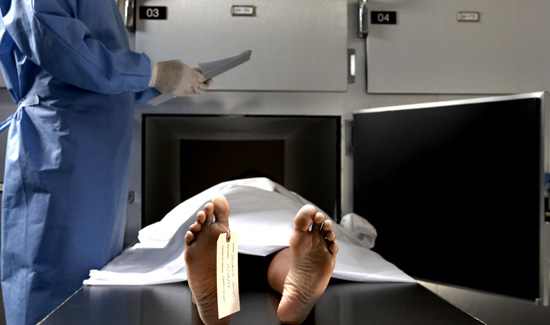 No one knows if the recent San Bernardino mass shooting was an act of terrorism or just a run-of-the-mill mass murder.

Nevertheless, people are terrified because the fact that the shooters were Muslims activates a different response than, say, the murders committed by Dylan Roof.

One of the more interesting aspects of the so-called war on terrorism is that it might have had the effect, unintended or not, of conditioning Americans to fear acts of terrorism to such an extent that they might have a hard time getting nearly as worked up about regular old crime and murder.

When was the last time anyone heard about a serial killer?

The last high-profile arrest was the Green River killer, Gary Leon Ridgway, who was arrested in 2001.

There’s another series of murders believed to be the work of a serial killer on Long Island, in New York.

But these days, even unsolved serial killings don’t pack quite the punch they used to, in terms of what people worry about.

Considering the odds that Americans are far more likely to be killed by their fellow countrymen—and increasingly, themselves—it’s remarkable that people continue to say that foreign-born terrorism is their number one fear.