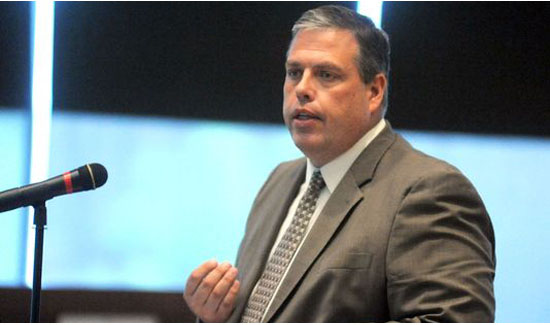 Other than a handful of eyewitnesses who have yet to be subjected to the rigors of cross-examination, none of us really knows what happened when a Ferguson, Missouri police officer encountered Michael Brown. But as a law enforcement officer with 21 years of experience, I do know that those voicing their opinions loudest often have the poorest understanding of police work.

I’ve met thousands of cops in my career – black and white, male and female, rural and urban. None of them relishes the prospect of shooting someone. Yet with the most recent social media and news coverage of the events in Ferguson, a troubling narrative is developing. People who ought to know better are suggesting that some police officers are more likely than others to use deadly violence against a particular group of citizens. It’s a distortion and it’s just plain wrong.

Most of us were taught by our parents to avoid prejudging a situation until both sides have been fairly heard. That’s also the basic premise of our legal system. Yet in our current culture, information comes at us like a turbulent tidal wave of facts mixed with opinion and conjecture conflated with bias. Prejudgment follows.

Within a few hours of the Ferguson shooting, news stations were abuzz with accounts of an “unarmed black teenager” being shot by a police officer. That was the spark. Then witnesses of dubious credibility falsely alleged that the officer shot Michael Brown in the back. That was the fuel. The resulting conflagration has begun to die down, but re-ignition awaits.

While some observers have characterized the violence that broke out following this incident as symptomatic of social-economic or racial unrest, I see its effect as even more worrisome. When those who work in the justice system change their actions in response to threats of violence, the rule of law begins to morph into the rule of the mob. And when elected officials such as Missouri Governor Jay Nixon prejudge the actions of a police officer who has yet to be heard from, the illegitimacy of mob rule moves from the streets to the halls of government.

Racism has an ugly history in America and the debate over whether we’ve advanced past it is a relevant discussion. But while that dispute continues, far too many agitators have essentially declared war on police. And as a nation, we must reject that attack.

We task officers to patrol dangerous and unpredictable terrain and require them to make split second, life and death decisions to protect others. When they get it right, as they almost usually do, little notice is taken. On those rare occasions when they get it wrong, headlines blare the details and the reign of armchair cops begins.

For each of the infrequent occasions when a law enforcement officer is forced by deadly circumstances to shoot someone, there ought to be a review. A fair and thorough investigation protects everyone involved.  But prejudgment hinders a fair review.

Just as a tragedy like this ought not be a catalyst to abandon reason and deliberation in the judicial system, it should not spur hasty changes in our legislative process. Those currently decrying the “militarization of police” fail to understand that the equipment being transferred from the military to law enforcement agencies would otherwise be scrapped or sold to foreign governments.

Indeed, most of this surplus military gear is for the support and safety of officers, not for use as weaponry. On the battlefield, an armored vehicle is used to deploy armed troops into the fight. But on the scene of an active school shooting, that same vehicle can help first responders transport paramedics to wounded victims still in the line of fire.

As a police officer I want only that equipment that will keep my fellow officers, the public and myself safe. Better vests, more versatile less than lethal weapons like TASERS, and better communication devices have all made our communities safer.

Even if you don’t believe that those who protect and serve deserve the benefit of the doubt, surely you can agree that they ought to be trained well, equipped sufficiently and not be presumed to be at fault.

I agree wholeheartedly. Cops are getting a bad rap for the few bad apples, not the many good cops that are our first responders in times of trouble. I have argued until I’m blue in the face against those who want to see cops, any cops dead, call them Pigs and are ignorant of what cops have to face every day. One woman said cops are not bodyguards….they’re not supposed to be. They respond to citizen complaints, fatal and near fatal MVA’s , and do a host of things the general public doesn’t even know about or could handle. Good for you for speaking out. I proudly wore the badge and I won’t apologize for it!

Jay,
Could you go back to that part about……. “yet to be subjected to the rigors of cross-examination, “………………that could be read to mean…………. “beaten until they confess, guilty or not…”

Ant this, your words….are exactly why the cop job is so difficult and important. Well said!

We task officers to patrol dangerous and unpredictable terrain and require them to make split second, life and death decisions to protect others. When they get it right, as they almost usually do, little notice is taken. On those rare occasions when they get it wrong, headlines blare the details and the reign of armchair cops begins.

I would add that there is a growing distrust of the policies that select officers who are clearly dangerous and should not have public contact jobs.

I’ll watch for your reply.

I will answer in his place – you spout utter nonsense. There are over 800,000 sworn Officers of many types in the US and how many truly bad stories do you hear about? A small handful. How many GOOD everyday stories do you hear of? Nearly zero. Every day. Cross examination means exactly that – rigorous questioning, not taking their initial story as the exact truth, making sure as best you can that it makes sense and is logical and truthful. Comparing what they say to FACTS and EVIDENCE, not sensational “news” and initial reporting – almost always completely wrong. Your bias is obvious.

Eric……..first I will ignore your bad manners a little [ utter nonsense….obvious bias] and go around your own oversimplifications [ all 800,00cops == good troops + all news = sensational]. Perhaps you could take on the job of examining ideas and concepts. How about this one: Even though you could be correct that all 800,000 police are good men doing a difficult job (my words too) there is a perception of a blue wall that not only protects crime scenes but protects the often illegal or in appropriate actions of police officers. How would you fix this perception?

Or do think my bias is just producing this suspicion, all is well and you are correct about this?

I will remain always thankful that these men and women are willing to go out every day and do their best to keep all of us safe. Every day, those that love a policeman, know that they may not come home. For the sacrifice, I am ever grateful. They deserve our respect and admiration. Why our attitudes have changed, I am not sure. However, race baiters, hate mongers are surely doing a great deal of harm. I do believe many want anarchy in our America.

My lil brother is a police officer and the last thing he wants to do is hurt or kill somebody but put into lethal situations he must do what it takes to resolve the matter in a matter of seconds and if it shall be to end someones life he is coming home rememeber he is put in this situation and not starting it ,my lil brother is a loving,caring police officer,person ,human being, father, brother and uncle and yet he still choses to go out every night to help keep the comnunuty safe from Hardend Criminals and Felons knowing he may never see his Family again so please dont Judge a Department for one mans poor decision or decisions.