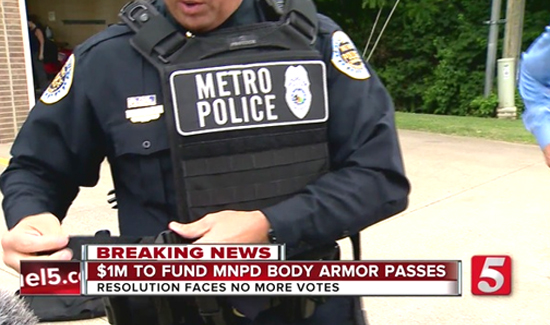 Via Safety and Health magazine:

Law enforcement officers who wear body armor are 76 percent more likely to survive a bullet to the torso than officers who don’t wear the gear, according to a study from the National Opinion Research Center at the University of Chicago.

Researchers examined information from the Law Enforcement Officers Killed and Assaulted database on 1,789 law enforcement officers who were injured or killed by guns, knives or other weapons between 2002 and 2011. Nearly 74 percent of the officers were shot, with just over 48 percent being struck in the torso.

Other findings from the study:

The analysis “reinforces the clear life-saving benefits of body armor, adds important additional data on who are most likely to wear body armor, and helps explain how officer and incident-level data can provide some insights into why some officers do not survive a torso gunshot,” researchers wrote.

The researchers recommended that agencies focus on older, overweight officers, as well as those on detective and undercover assignments, when enforcing policies for body armor. Agencies also can use the findings to create programs and campaigns to promote awareness and use of armor.