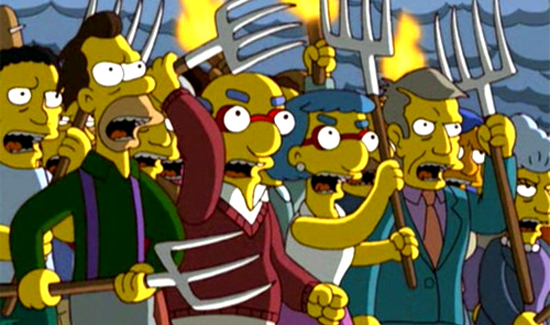 In Connecticut, Suffield’s police union and many residents are asking town leaders to fire the police department’s chief and captain.

“We have no confidence. There’s no leadership. There’s no integrity. There’s no professionalism from our top two,” Suffield Police Union President Det. Justin Fuller wrote in a letter to local officials.

“This vote of ‘no confidence’ comes as no surprise after Chief Michael Manzi and Captain Huntley have and continue to demonstrate their inabilities to provide the appropriate leadership necessary to properly manager the Suffield Police Department,” the union said in the letter. “The following instances are just a few situations where both Chief Michael Manzi and Captain Craig Huntley have demonstrated their lack of leadership, integrity, and professionalism.”

But Suffield First Selectman Edward G. McAnaney told NBC Connecticut said the letter of “no confidence” is probably connected to a federal civil rights lawsuit a union member filed against the town and union negations the town is undergoing.

“This is offered in support of one of their members, you may know that, who is suing the town currently in federal court claiming that his federal civil rights were violated,” McAnaney said.

Suffield resident Nancy Gegesky said, “this train is out of control.”

It is unfortunate that the Chief of police is singled out with his Captain as inefficient when something doesn’t go right for the Union or one of its members. I feel for both men and advise them to look elsewhere for work as soon as possible. Their experience is not appreciated in this City. This is one time I am against unions singling out a leader of the Police profession due to a faulty member.