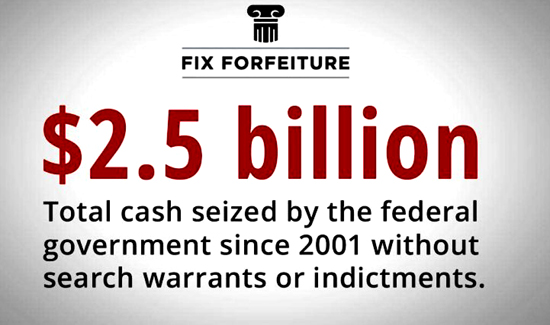 With so many constitutional rights under siege, it’s welcome news when one of them is defended. Reaffirming the presumption of innocence, the U.S. Supreme Court struck down a Colorado law last month that forced criminal defendants to prove their innocence when the defendants’ convictions were already overturned.

As the court explained, “Absent those convictions, Colorado would have no legal right to exact and retain petitioners’ funds.” Not only is this decision a win for due process, the court’s ruling in Nelson v. Colorado could have major ramifications for government shakedown schemes nationwide.

The case arose after two defendants, Shannon Nelson and Louis Madden, were convicted for sexual offenses and ordered to pay thousands of dollars in court costs, fees and restitution. Between her conviction and later acquittal, the state withheld $702 from Nelson’s inmate account, while Madden paid Colorado $1,977 after his conviction. When their convictions were overturned, Nelson and Madden demanded their money back.

Although a state appellate court sided with them, the Colorado Supreme Court denied their refund request. Instead, the court ruled that Nelson and Madden could reclaim their money only through the state’s Exoneration Act, which requires filing a civil claim and proving “that the person was actually innocent of the crime for which he or she was convicted.”

Allowing that ruling to stand would fly in the face of centuries of Western legal traditions. As the Institute for Justice, a public interest law firm, noted in an amicus brief, “the presumption of innocence has deep historical roots” and can be traced back not only through American jurisprudence but through English common law, Roman law and even to the Pentateuch.

Moreover, that presumption is a critical safeguard against a justice system “where individuals can be subjected to arbitrary and irrational deprivations of their liberty and property.”