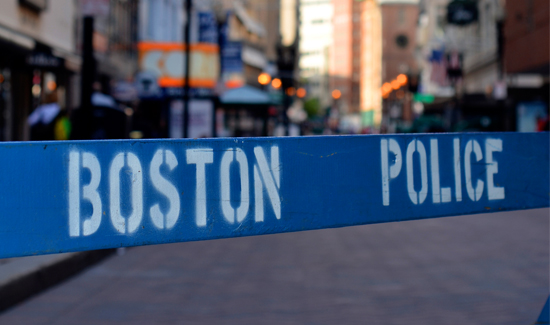 A man armed with an assault rifle and wearing a ballistic vest was killed after shooting two Boston police officers responding to a domestic incident late Wednesday, officials said.

Both officers were in “extremely critical” condition early Thursday, with one of them suffering life-threatening injuries from the dramatic shootout, Boston Police Commissioner Bill Evans told reporters.

“All of the officers, I think, exhibited extreme courage and bravery in a situation that we all too often never know what to expect,” Evans said.

The officers, who were not identified, are described as a 28-year and a 12-year veteran of the department.

Police were responding to a call just before 11 p.m. ET of a possible domestic disturbance between two male roommates in the city’s East Boston neighborhood. One of the roommates was described as being armed. Upon arrival, “officers came under fire,” police tweeted.