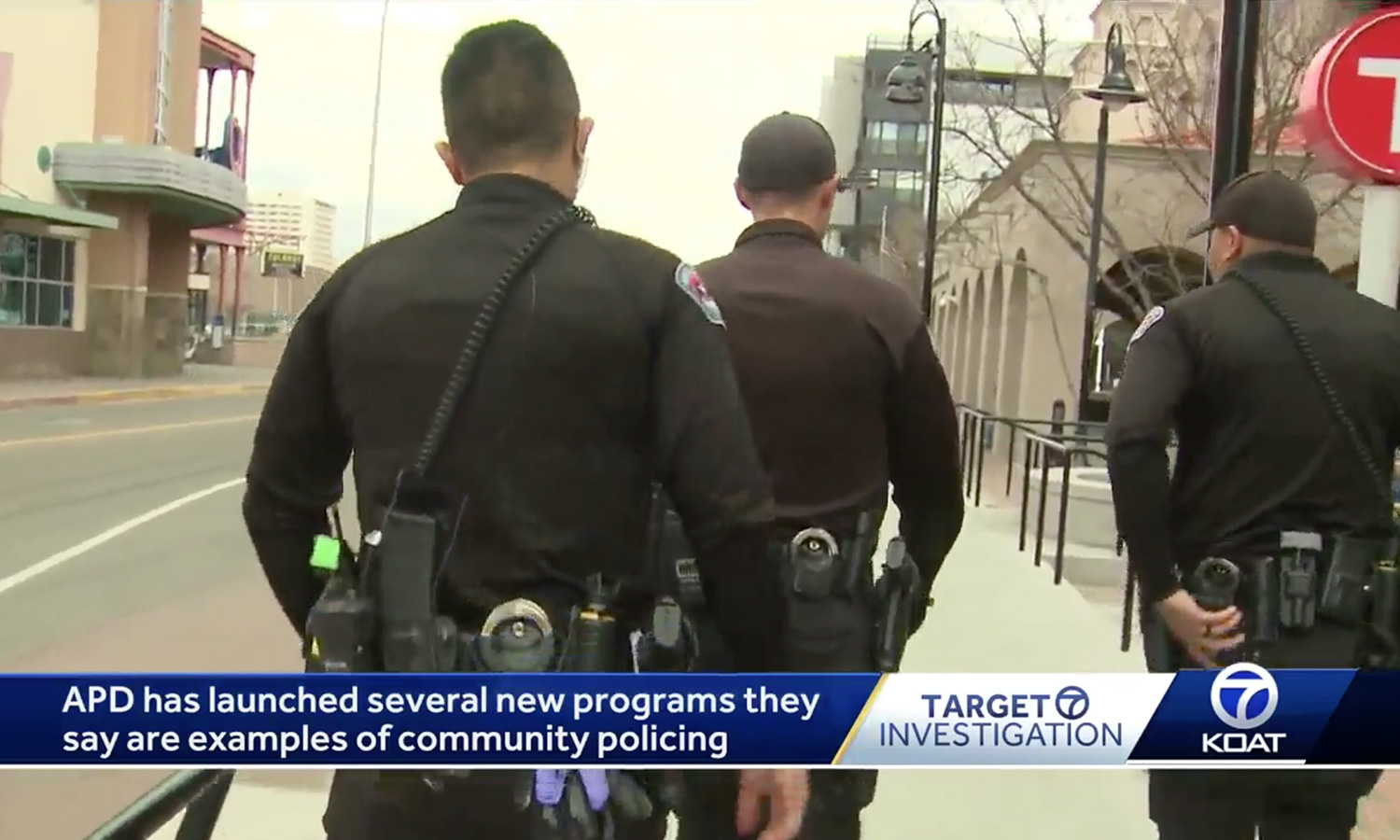 Coffee with a cop.

And cops shopping with kids.

For decades mayors and police chiefs have said these are all examples of community policing.

“It is not much. It is not directly addressing the things that cause the people to need the police in the first place,” said Arizona State University professor Michael Scott, who is considered one of the leading experts in community policing in the country. “

“The simple version of community policing that simply focused on the relationship between officers and the citizens that really died out in the 1980s,” Scott said.

So what is modern community policing and is Albuquerque doing it?

“It is a term that is often misused and misunderstood by politicians, “Scott said. “A strong version is being able to build a relationship with the community with a problem in mind and being able to work together to solve a problem and ultimately address crime.”

APD has launched several projects they have called community policing.

Such as making officers more visible and forcing them to talk to people.

Like Mandy Hopkins who has lived on the streets for the past five years. Officers found her sleeping on a downtown sidewalk and told her where she could find a bed and a meal.

“I like it when they give me attention,” she said. “As long as they don’t….hurt me.”

APD also created a new position in the Police Department, when they hired former state police Lt. Elizabeth Armijo. They made her the chief’s deputy chief of staff and put her in charge of all of APD’s community policing efforts.

“Community policing is a relationship,” she said. “It is a relationship between the department, the community and it has to be built on trust and it is about solving problems and reducing crime. It’s that simple.”

So when an officer comes in contact with someone, their phone tells them there are social services nearby.

APD is equipping every officer with a cellphone. And neighborhood associations have the number if they need to talk to a cop.

So, instead of calling 911, the neighborhood block captain can call the local cop.

“Community policing works because they are visible. Not part of the time but all of the time,” said Epps who manages a building downtown near Civic Plaza.

Armijo agrees that everyone says they are doing community policing.

“It’s this flag that we wave,” she said. “There is not one police department in the country. There not one administration that is not going to tell you that they are pro community policing.”

Scott says to know whether we have community policing in Albuquerque and it’s reducing crime, all of us should ask ourselves these four questions:

“If the answer to all of that is yes that’s a pretty good bet that you have good community policing and you have reasonably a strong version of it,” he said.

In January 2018 about 5 percent of APD’s calls for service in the southwest area command came from officers who spotted a potential crime before anyone could call 911. A year later it was 50 percent.

So far, the department has met most of those mandates.

Armijo said APD is taking a step further than the mandates.

“It is not a bunch of check-boxes that you do,” she said. “It is not operational plans it is something that is a sincere effort and it is that relationship between the community and the police department. What we are doing is about solving those problem that effect everyone and we do it together.”