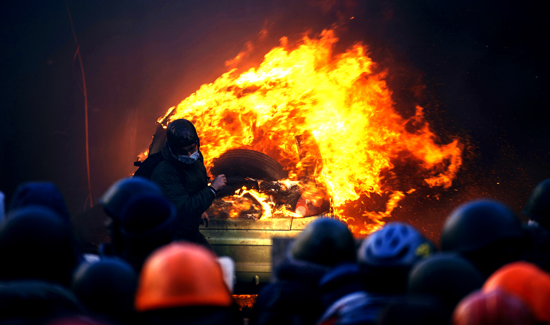 If you’re not the type to follow international news, you should be aware that things in the Ukraine are a little tense right now.

There are separatist rebels, all kinds of “contractor” boots on the ground, and familiar dynamics playing out between the parties seeking to control the strategically important nation.

There was even a video recently where a guy told a reporter to get lost. The significance of that was the fact that the soldier was wearing a Ukrainian military uniform but sounded suspiciously like he was from the Northeastern United States when he said, “Get out of my face.”

So, the five Reno, Nevada, police officers headed to the destabilized region might want to be extra careful.

The officers are participating in Department of Justice program that will give them the opportunity to help Ukrainian police officers in Kiev learn the basics of community policing.