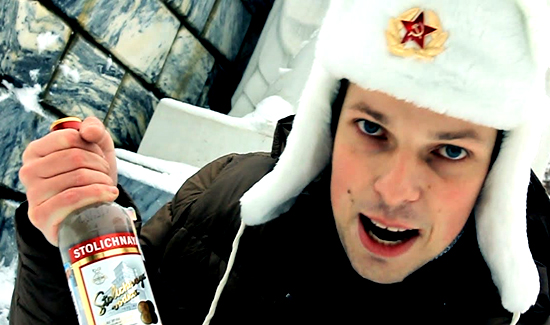 Sometimes you really need a drink, and never stand between a Russian and they’re vodka.

In the former Soviet Union, a man was upset to find that the local store where he was going to buy his booze was closed.

But instead of going to another store, this guy steals a tank and drives it through the business’s store front. Russian police officials suspect the man might have been intoxicated.

See it for yourself here.