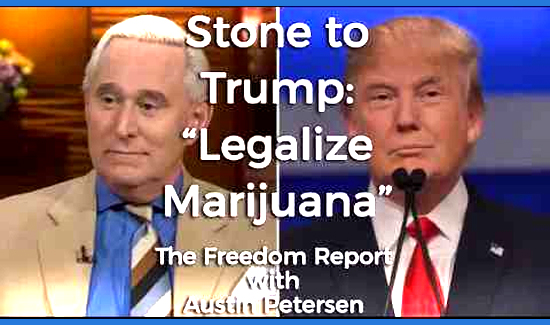 Via the Belleville News-Democrat:

The betting was that law-and-order Attorney General Jeff Sessions would come out against the legalized marijuana industry with guns blazing. But the task force Sessions assembled to find the best legal strategy is giving him no ammunition, according to documents obtained by The Associated Press.

The Task Force on Crime Reduction and Public Safety, a group of prosecutors and federal law enforcement officials, has come up with no new policy recommendations to advance the attorney general’s aggressively anti-marijuana views. The group’s report largely reiterates the current Justice Department policy on marijuana.

It encourages officials to keep studying whether to change or rescind the Obama administration’s more hands-off approach to enforcement — a stance that has allowed the nation’s experiment with legal pot to flourish. The report was not slated to be released publicly, but portions were obtained by the AP.

Sessions, who has assailed marijuana as comparable to heroin and blamed it for spikes in violence, has been promising to reconsider existing pot policy since he took office six months ago. His statements have sparked both support and worry across the political spectrum as a growing number of states have worked to legalize the drug.

Threats of a federal crackdown have united liberals, who object to the human costs of a war on pot, and some conservatives, who see it as a states’ rights issue. Some advocates and members of Congress had feared the task force’s recommendations would give Sessions the green light to begin dismantling what has become a sophisticated, multimillion-dollar pot industry that helps fund schools, educational programs and law enforcement.

But the tepid nature of the recommendations signals just how difficult it would be to change course on pot.

Some in law enforcement support a tougher approach, but a bipartisan group of senators in March urged Sessions to uphold existing marijuana policy. Others in Congress are seeking ways to protect and promote pot businesses.

The vague recommendations may be intentional, reflecting an understanding that shutting down the entire industry is neither palatable nor possible, said John Hudak, a senior fellow at the Brookings Institution who studies marijuana law and was interviewed by members of the task force.