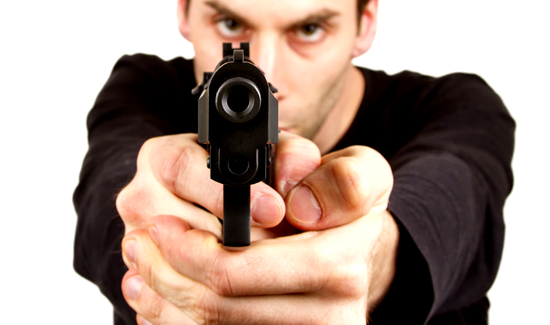 Here’s the thing about active shooter drills for civilians, particularly teachers—it’s a really, really bad idea not to tell them about it beforehand.

According to The Oregonian, an elementary school teacher from Pine Eagle School District No. 61, a charter school in the tiny eastern Oregon town of Halfway, has filed a lawsuit after she was traumatized by a very sloppy school shooter drill. It was about two years ago. Linda McLean was at work when she heard what sounded like a falling ladder.

Then she heard running feet. A man dressed in a black hoodie and goggles then burst through her classroom door. He pointed a gun at McLean’s face and pulled the trigger. The teacher heard gunfire and smelled smoke as this was happening. “You’re dead,” the gunman said, and stalked out of her room.

Unknown to the teacher trying to do her job, the hooded man’s gun was loaded with blanks and was part of a surprise “active shooter” drill at the for-profit Pine Eagle School District No. 61. The gun-toting man was Shawn Thatcher, the school district’s safety officer. McLean now suffers from post-traumatic stress disorder.

Members of the district’s Safety Committee didn’t keep everyone in the dark, however. They didn’t want actual cops showing up and shooting the guys playing make believe, so they notified the Baker County Sheriff’s Office and its 911 dispatch center ahead of time, so that they wouldn’t respond to an emergency at the school, in case any of the school staff called. (What does law enforcement response time have to do with active shooters anyway, right?)

The sheriff’s office helped out by reviewing concealed-carry permits ahead of the drill, to ensure that no teachers would fire back at Thatcher and school board member John Minarich, who was also dressed up as a shooter. If you were looking for a lesson in how not to go about this kind of thing, McClean’s harrowing tale and subsequent lawsuit are worth paying attention to. Thatcher and

If you were looking for a lesson in how not to go about this kind of thing, McClean’s harrowing tale and subsequent lawsuit are worth paying attention to. Thatcher and Minarich are accused of storming into several schoolrooms that day pointing their weapons at surprised teachers, firing blanks, and declaring them dead.

“Panic ensued,” according to McLean’s lawsuit. One teacher wet her pants. Another teacher tried to keep Minarich from entering his room and scuffled with the school board member, leaving the teacher’s arm injured. Some teachers fell down trying to hide.

“McLean could not figure out what was going on,” the complaint alleges. “She felt very confused. Her heart was racing. She walked out of the classroom and saw a pistol lying on the ground. … She wondered if she was really shot and was going to die.”

Looks like it was good idea to check concealed-carry permits for the teachers. It could have been a “safety-first” bloodbath.