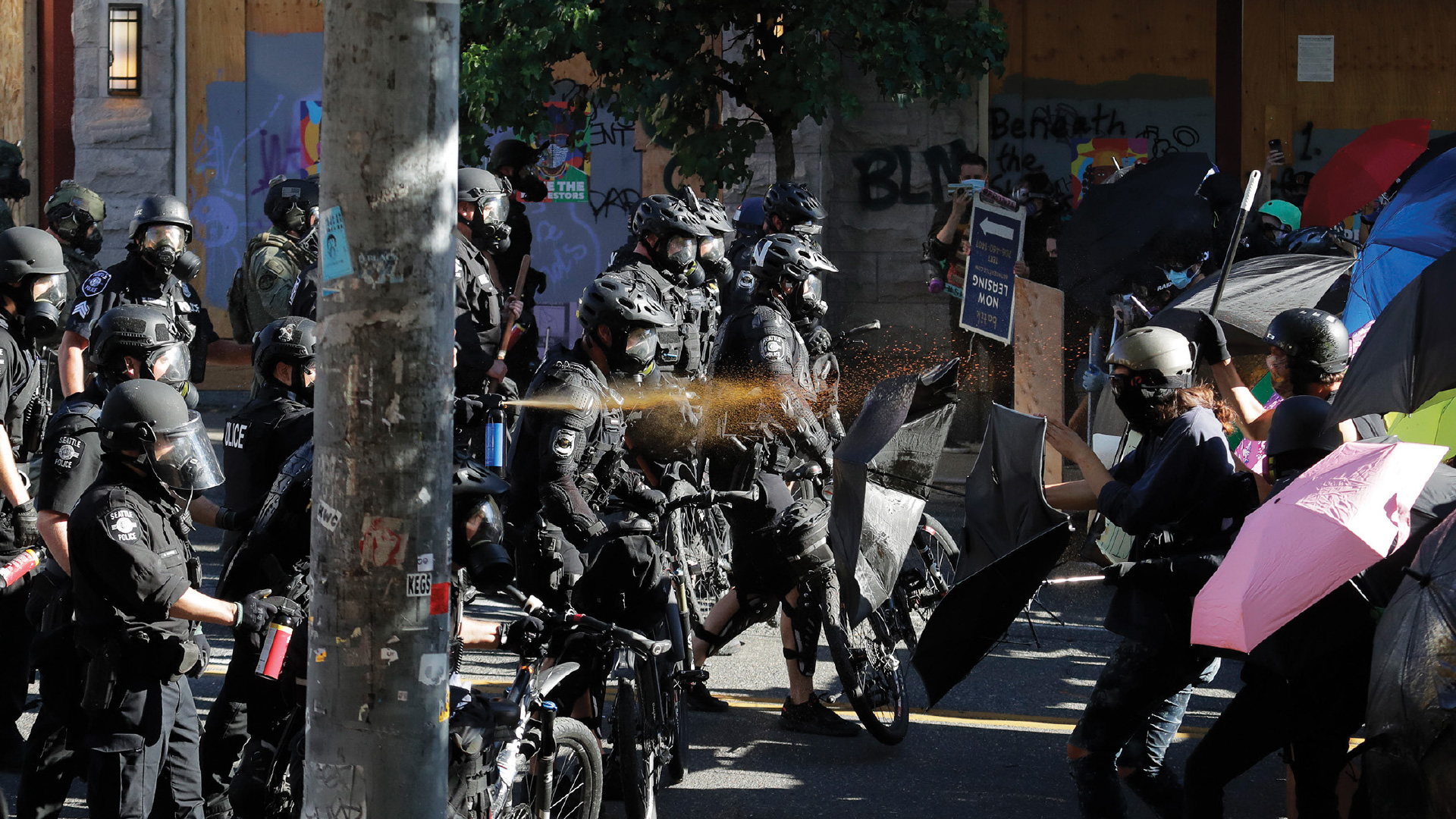 After an eventful summer of protests that included an occupation of a six-block radius of downtown Seattle, leaders of several law enforcement unions in Washington state joined forces to author a proposed measure that would demand consistency in police response to public demonstrations. Although cities and counties already have policies in place regarding how and when force and crowd-control tactics should be engaged, application can vary from one jurisdiction to another, or one event to another. Team Blue–Washington, which was founded by executives of the Seattle Police Officers Guild (SPOG), the King County Corrections Guild and the Washington Council of Police and Sheriffs, has written the Protect Free Speech and Safe Streets Act to erase irregularities.

Specifically, the act would require each community to develop a comprehensive plan that clarifies how demonstrations will be regulated. Each plan must incorporate minimum standards: a ban on loud exhibitions after 10 p.m. in residential neighborhoods or between midnight and 7 a.m. in any neighborhood; a prohibition on riot agents such as fireworks, flammable explosives or laser pointers at gatherings deemed unlawful; and outlawing citizen street blockades, property destruction and setting fires.

Additional standards would demand that responding officers clearly display observable identification and have detailed definitions for force and deployment of crowd-control devices. The act also would include a provision for citizens and business owners to sue any community for actual damages or a minimum $1,000 for property loss as a result of a protest if that community fails to enforce the plan.

Although cities and counties already have policies in place, application can vary from one jurisdiction to another, or one event to another.

The ACLU of Washington issued a statement to The Seattle Times, declaring, “This unnecessary initiative duplicates existing permitting processes, exposes cities to lawsuits and distracts the government and its agents from their number one priority, which should be protecting people’s constitutional rights — including the freedoms of speech and assembly.”

“This will work to restore order to our communities and allow people to have a robust say as to how their communities function,” countered Ryan Lufkin, Team Blue’s chair.

SPOG President Mike Solan, one of the campaign’s vice chairs, added, “Clearly, police officers protect the public and this effort protects the public,” according to The Seattle Times.

Team Blue has initiated a campaign to collect the mandatory 250,000 signatures by next July to place the measure on the 2021 general election ballot.

As seen in the December issue of American Police Beat magazine.
Don’t miss out on another issue today! Click below:
SUBSCRIBE TODAY!