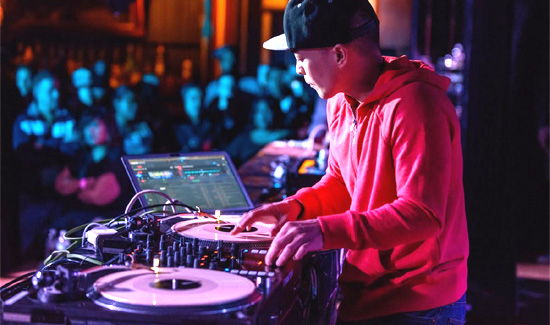 Cops and the community battled it out on the turntables Saturday.

Teens went head to head with veteran cops during the competition at Sanders Studio.

Local businesses donated the venue, food, and prizes to those participating in the event.

“Normally kids, they’re kind of intimidated by police officers, but when they see you do something like that it makes you seem like you’re more down to earth and they’re not afraid to approach you,” said Lieutenant Acu Rhodes, who also goes by D.J. Ace.

The 19-year department veteran has been mixing since the 1980s, a video of the platoon commander mixing to “Pump it Up” was viewed more than 1.6 million times.

In early October, Commissioner James O’Neill announced a plan to expand neighborhood policing to a model that moves away from a focus on arrests and summonses in favor of deepening relationships with the communities they serve.