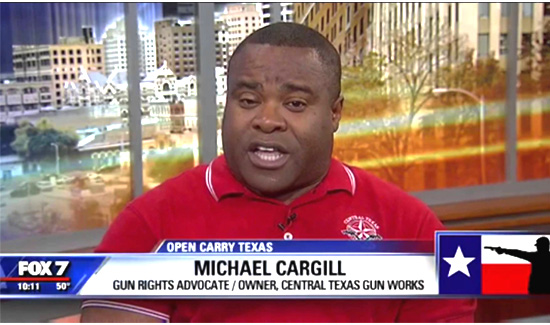 The gun lobby has been pretty much on an undefeated run for the last decade or so and as a result, many states have laws that allow citizens to carry unconcealed firearms, or “open carry.”

While politically popular and great for business if you own a gun store, some in law enforcement say that some of these laws need to be revisited in order to ensure officer safety.

Other law enforcement leaders say the more guns the better and that, frankly, police officers and agencies are no longer up to the job they’ve been hired to do.

In the words of FOX News staple and Milwaukee County Sheriff David Clarke, point that barrel center mass and pull the trigger because “911 is not our best option.”

That advice certainly makes one rethink the wisdom of no-knock raids and warrants.

In Texas, where guns are now allowed in mental hospitals and school classrooms, some law enforcement officials and groups say they want to revise open carry laws passed by the voters.

And, at least in Texas, the odds of that happening are not so much slim-to-none as they are none.

It doesn’t matter that the “good guy with a gun” never seems to materialize or that officers have no way to know who to shoot and kill when the good guy and the bad guy are running and gunning.

The reason it doesn’t matter is that pointing any of that out is generally perceived to be “anti-gun, P.C. crap.”