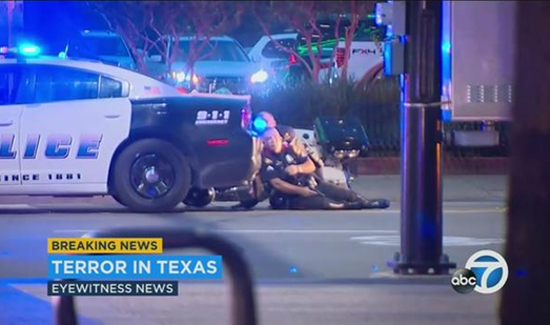 A Texas woman who was wounded while shielding her sons during the attack on a Dallas protest march thanked officers Sunday and said she would go to another demonstration to show her boys that she’s not a quitter.

Shetamia Taylor, who attended the march with her four sons, thanked Dallas police for protecting her in the chaos that erupted Thursday night.

She says officers shielded her as bullets whizzed through the air around them.

“They had no regard for their own life. They stayed there with us. They surrounded my son and I,” she said.

Taylor, in a wheelchair with her right leg immobilized, said that she always held police officers “in a very high place” and notes that her youngest son wants to be a cop.

“I never had an issue with police officers,” she said. “If anything it made my admiration for them greater.”