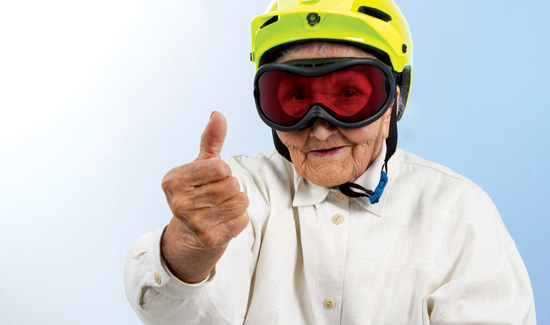 This just in—America has lost its collective mind.

If you think that characterization is a little over the top, you might have a point.

But there’s a lot of evidence supporting the contention that we’ve pretty much gone around the bend.

To get a sense of just how crazy a lot of us really are, check out this viral video titled “Terrifyingly Hilarious: Nebraska Woman Gives The Most Amazingly Bonkers Anti-Gay Rant Ever.”

It’s not that the person in the video isn’t entitled to her opinions—this is America, after all.

It’s really about the fact that this insane person represents a growing portion of the population.

In some states—Arizona and Texas, for instance—there are so many terrified and elderly people, allegedly serious politicians have to address their concerns as a matter of political survival.

According to a mind-bending article from Raw Story, Texas Governor Greg Abbott says he’s mobilizing the state guard in response to a military training exercise that conspiracy theorists believe is a prelude to a globalist takeover orchestrated by the federal government.

The exercise is a joint training operation involving elite units like the Navy SEALS.

Some 1,200 soldiers will participate, with the cooperation of city and county authorities. But the backlash has been such that governor felt compelled to get out in front of this thing politically.

“During the training operation, it is important that Texans know their safety, constitutional rights, private property right and civil liberties will not be infringed,” the governor wrote in a statement. “I am directing the Texas State Guard to monitor Operation Jade Helm 15.”

The governor’s memo appears to be designed to alleviate the concerns of people that “get the real news” on the internet.

“Jade Helm is about establishing concentration camps on American soil,” is a typical headline seen on
conspiracy sites.

While there are always excellent reasons to be extremely concerned with U.S. troops operating, even in training, on U.S. soil, some might be more alarmed about what the conspiracy theorists believe than the far-fetched conspiracy itself.

According to one theory, ISIS will overwhelm the southern border, and Jade Helm would be “a proactive attempt by the elite to head off a civil war which would occur in response to the aiding and abetting that the federal government has committed against the American people on behalf of an ISIS incursion.”

A spokesperson for the governor said it’s “not a fair characterization” to say the governor was reacting to Right-Wing paranoia.

“He’s addressing concerns expressed by Texas citizens that are looking for more information about the factors of the operation and have expressed safety concerns about property rights and civil liberties,” his spokesperson said.

WHAT ‘Happened’ to APB? Is this now the Inquirer? I agree this woman Needs Help BUT I read for POLICE related articles NOT tabloid trivia. Several Opinions and articles as of Late are Daily Beast or HuffPo quality. IF APB now has a Liberal agenda this 30 year Cop doesn’t want to hear it. 🙁