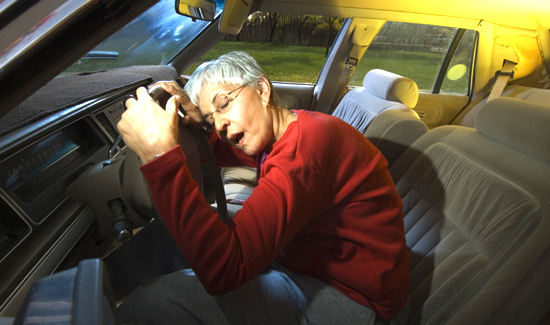 Americans are living longer than ever before. That means there are more elderly people out there on the roads that might be a danger to themselves and others behind the wheel.  And when Utah State Trooper Jeff Jones pulled over 87-year-old Helen “Skeeter” Smith for passing a stopped police cruiser with its light flashing without slowing down he could tell the woman should not be driving. Jones issued the Panaca, Nevada, woman a verbal warning and right after that Smith accidentally backed into his patrol car as she attempted to drive away. Smith told the trooper she had very bad eyesight and could hardly see. The trooper told the woman it wasn’t safe to let her keep driving. “Then she started crying and told me about (her son’s) condition and what treatment he was under and how they had moved him to ICU,” said Jones, an 11-year veteran. What happened next was extraordinary.