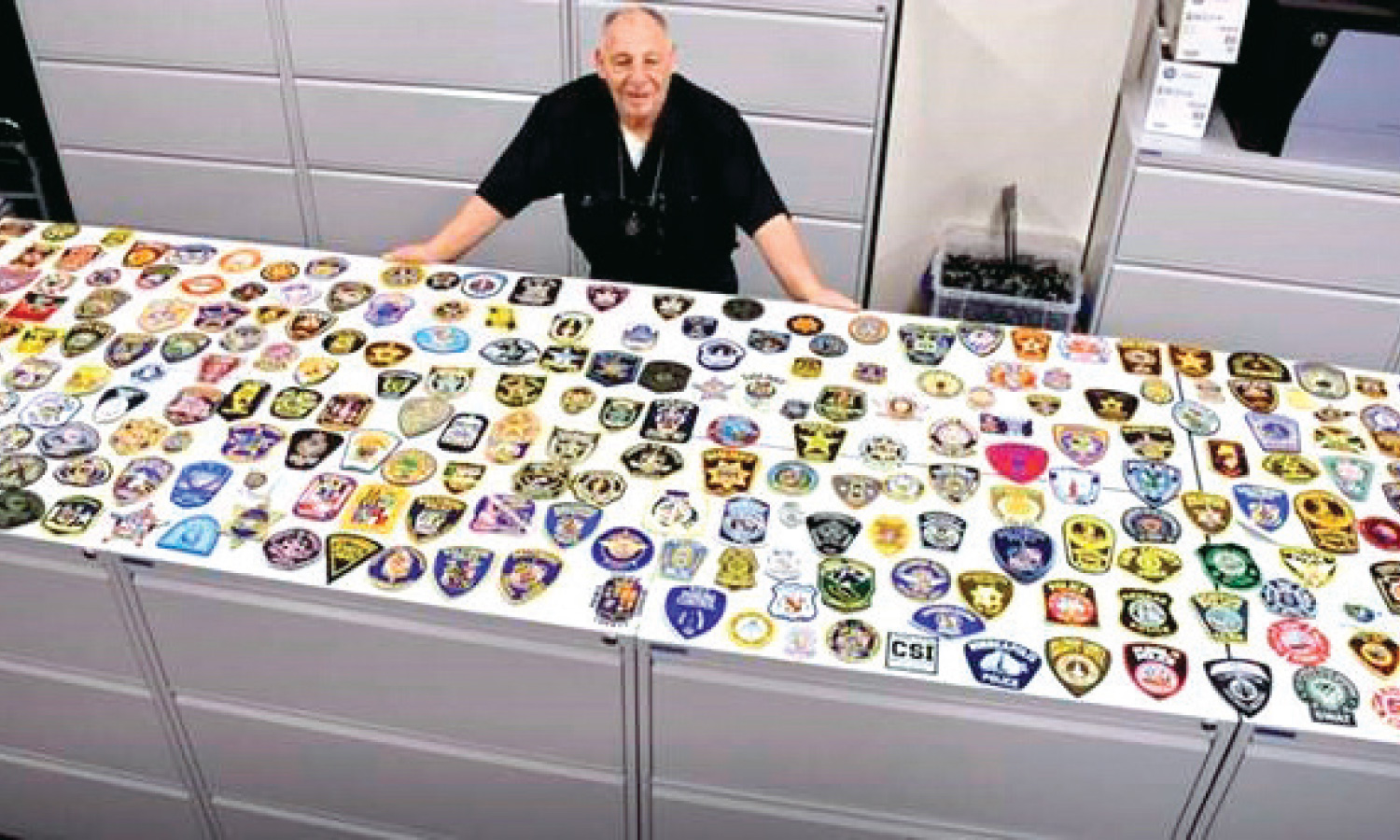 You would be hard pressed to find a more passionate supporter of law enforcement than Jack Guercio, a 77-year-old Maryland man who gets to live his dream every day that he shows up for work at the Harford County Sheriff’s Office.

Guercio isn’t an officer. He’s been the sheriff’s office’s custodian for 27 years and has become well known in the community thanks to his devoted service. He always respected law enforcement and longed to be an officer, but disabilities made that impossible. But that didn’t get him down, and he instead focused on finding another way to work with his heroes.

“He has just an outstanding respect for the men and women of law enforcement,” Sheriff Jeffrey Gahler told The Baltimore Sun. “I’ve said many, many times, ‘He has a passion for this office that’s unmatched.’”

Guercio’s love of law enforcement has led to his favorite pastime: collecting uniform patches and other memorabilia from departments around the world. His collection is extensive and continues to grow. He has patches from local agencies, as well as ones from departments in Virginia, Nevada, Texas, New York, Massachusetts and Washington, D.C. He has a patch from the Royal Canadian Mounted Police, another from Italy, as well as a sticker representing police in Bremen, Germany.

As more people hear about Guercio’s story, word has spread about his passion for collecting. The Harford County Sheriff’s Office has encouraged people on social media to send more memorabilia, and items continue to arrive regularly — patches, badges, coins, stickers and all manner of other police-related items.
“[Guercio] has been with us for 27 years as our custodian, but really he is more than that,” the sheriff’s office posted on Facebook. “Jack is part of our family, the heart of headquarters!”

Guercio loves all the memorabilia he’s received, but one item is particularly special to him. Earlier this year, the sheriff’s office gave him his own personalized badge. It looks like the badges that deputies usually wear, but it has his name etched into the top. He wears it on a holder around his neck, and he told The Baltimore Sun that he only takes it off when he sleeps.

Sheriff Gahler is the one who gifted Guercio with his own special badge, and he is the sixth sheriff that Guercio has worked under during his time in the office. Gahler noted that Guercio’s 27-year tenure is longer than many of the more than 600 employees of the sheriff’s office, and that he’s seen “half the life” of the headquarters building, which opened in the ’60s.

Guercio’s love of law enforcement has been a lifelong passion, going all the way back to his days as a child in Baltimore.

Part of that love was because of family connections with law enforcement. His uncle was a Baltimore police officer and Maryland state trooper, and his cousin was a Harford County deputy. Guercio came to visit his family in Harford County, and he told The Baltimore Sun that was when he decided he wanted to work at the sheriff’s office one day.

Years later, Guercio got the chance to realize his dream thanks to The Arc Northern Chesapeake Region, an organization created in 1953 that supports people with special needs. The Arc serves more than 300 people through its employment services division, which focuses on pairing people with work that fits their skill set.

This particular pairing turned out to be a match made in heaven. Guercio has never wanted to leave and, despite being 77 years old, he doesn’t foresee retirement any time soon.

“I’m not going to walk away from this,” Guercio told ABC 2. “They’re all like family.”

If you would like to send a patch or other piece of police memorabilia to Guercio, you can send them to: Harford County Sheriff’s Office, c/o Kyle Andersen, 45 S. Main Street, Bel Air, MD 21014.