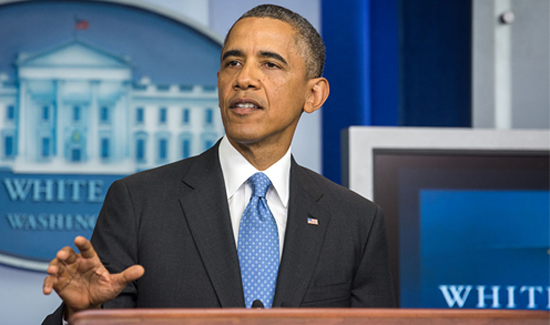 But they’re enthusiasm for the public’s right to know extends primarily to less powerful people than themselves.

You know… like police officers and law enforcement agencies.

So it’s very revealing when the goose wants absolutely nothing to do with “what’s good for the gander.”

From the administration’s perspective, anything and everything about policing, use of force incidents and cops’ political or personal beliefs should be a matter of public record—like the moronic and racist email exchanges from Ferguson that got some people fired.

But when it comes to the public’s right to know about what they’re up to, it’s a different story entirely.

After all, we wouldn’t want anyone finding out who stands to get millions and billions from transpacific corporate partnerships or the other high-level corruption that takes place in the federal government everyday. That would be embarrassing.

Then again, this is a country where a kid who blows the whistle on alleged war crimes gets 30 years, and the leaker, David Patreaus, gets a pass for disclosing secrets and a no-bid contract to advise the government about fighting ISIS—an outfit he was so instrumental in creating through the failed COIN “strategy.”

Cops hate those things to but to be honest they’re kind of important as long as we’re still pretending the USA is a democracy.