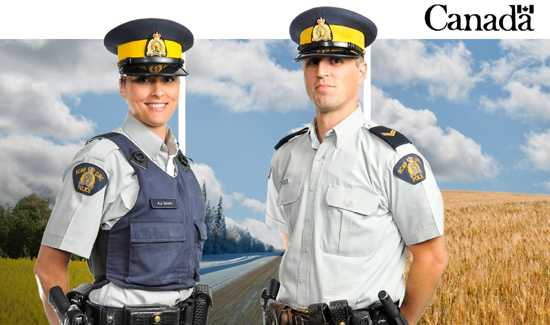 That shakes out to about 2 cops feloniously killed annually.

The USA has roughly 10 times the population of Canada so even you adjust that metric for population cops are still killed at less than half the rate of cops in the USA.

But that doesn’t mean the so-called “Ferguson effect,” and all the talk about de-policing isn’t going on in Canada as well as here in the States.

“What you were trained to do is no longer acceptable. What is the immediate reaction? Cease any activities that would be conducive to exposing yourself,” Matt Skof, president of Ottawa Police Association said recently. “It’s simple self-survival. You don’t expose yourself to liability, so you return to a more basic form of policing.” Skof’s the one on the right.

But in Canada the cops aren’t worried about getting shot and killed in the line of duty as they are terrified of standard police discipline.

The police association recently conducted a survey of police officer. A full 70 percent of the cops said they were doing as little as possible in order to stay clear of the wrath of their supervisors, the media and the public.

It turns out that the “war on cops” means different things in different places.

Also- if cops aren’t fighting crime because they’re scared of this or that, that obviously will have a massive impact on crime rates- which generally look amazingly good when fewer crimes are being reported and investigated.