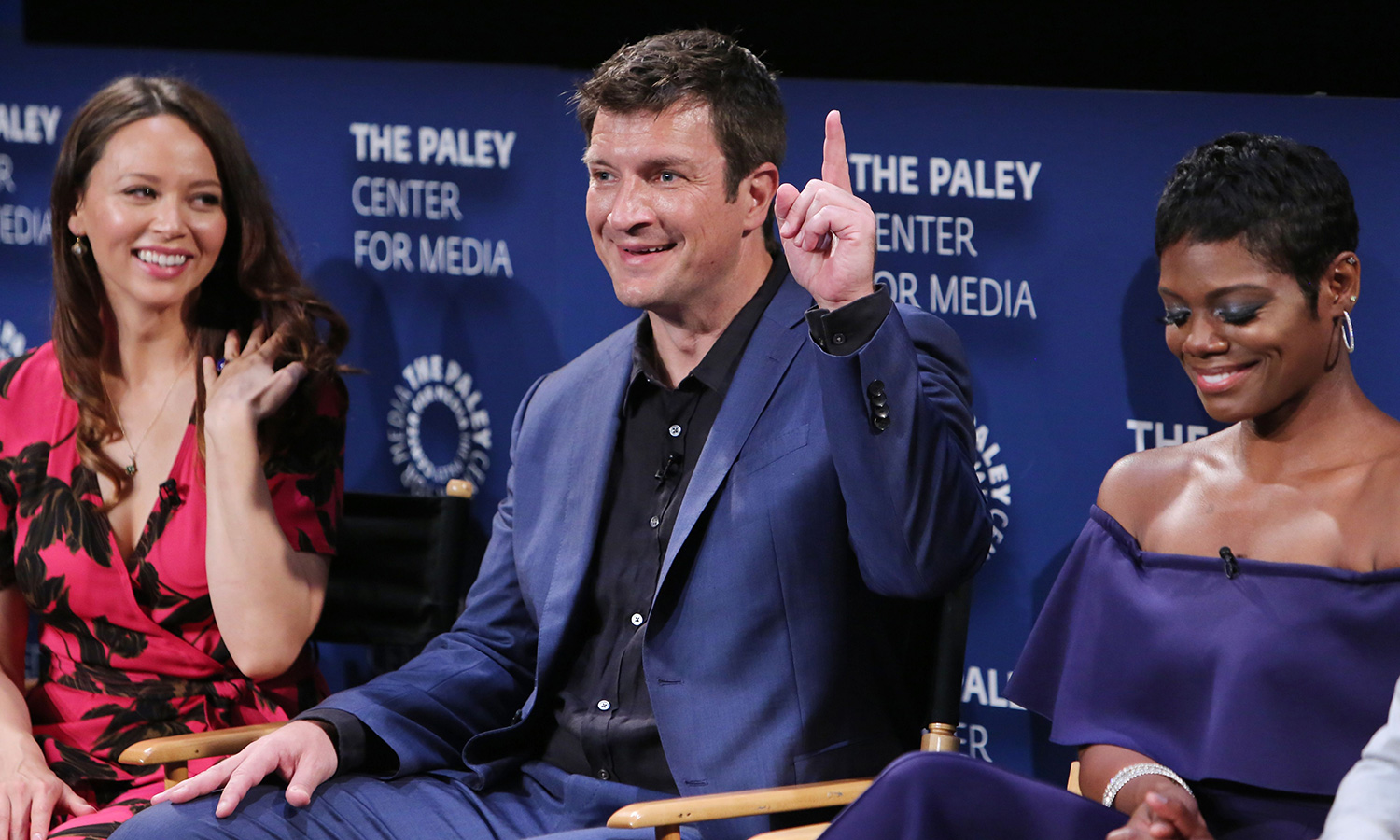 “The Rookie” creator Alexi Hawley says that his upcoming police drama will take an aspirational approach to police work.

“We try to approach it from how we think cops should act in these situations,” he said at the Paley Fall TV Preview panel Saturday.

Acknowledging that it is more common to “see a story about a mentally ill person that’s been shot by a cop because they don’t have the training to deal with mental health issues,” Hawley cited a scene from the series premiere in which the LAPD’s oldest rookie on the force John Nolan (Nathan Fillion) is able to convince a man experiencing psychosis to get off of a car by engaging with him rather than using physical force.

“Because John Nolan talked to that guy, [Nolan] got him down off the car,” Hawley pointed out. “[The guy] was looking for his kid, and he left his kid in the car and he didn’t know where he was. If we had tased that guy, or shot that guy, that kid would have died.”

“The Rookie,” which is inspired by a true story, will lean into some of the higher-adrenaline elements of police work through car chases, shootouts and hostage situations from time to time, Hawley shared. But he really considers it a “character show masquerading as a cop show,” and he wants the audience to see the officers as more than their jobs. The female officers will face sexist attitudes in a field that still maintains a “boys club” mentality; Nolan must convince his colleagues that he is not just a walking middle-age crisis; and training officer Tim Bradford (Eric Winter) has to grapple with his wife’s drug addiction.

“Talia’s strong, and she has layers. We’re now seeing that on TV across the board with women. We’re given permission to be ourselves and we don’t have to water it down. I think every woman on here is written like that,” Afton Williamson said about her character, Nolan’s training officer, Talia Bishop. “Talia appealed to me because she’s still a rookie in her room. She just got to be T.O., and she has to put on an air to be strong for her rookie, and she has so many things to deal with.”

Following the pilot episode, Hawley said that new storylines will see Captain Zoe Andersen (Mercedes Mason) and Sergeant Wade Grey (Richard T. Jones) go out on patrol, even though they have played more managerial roles thus far. He also plans on switching around training officer and rookie pairings to keep the viewers (and the cast) on their toes.