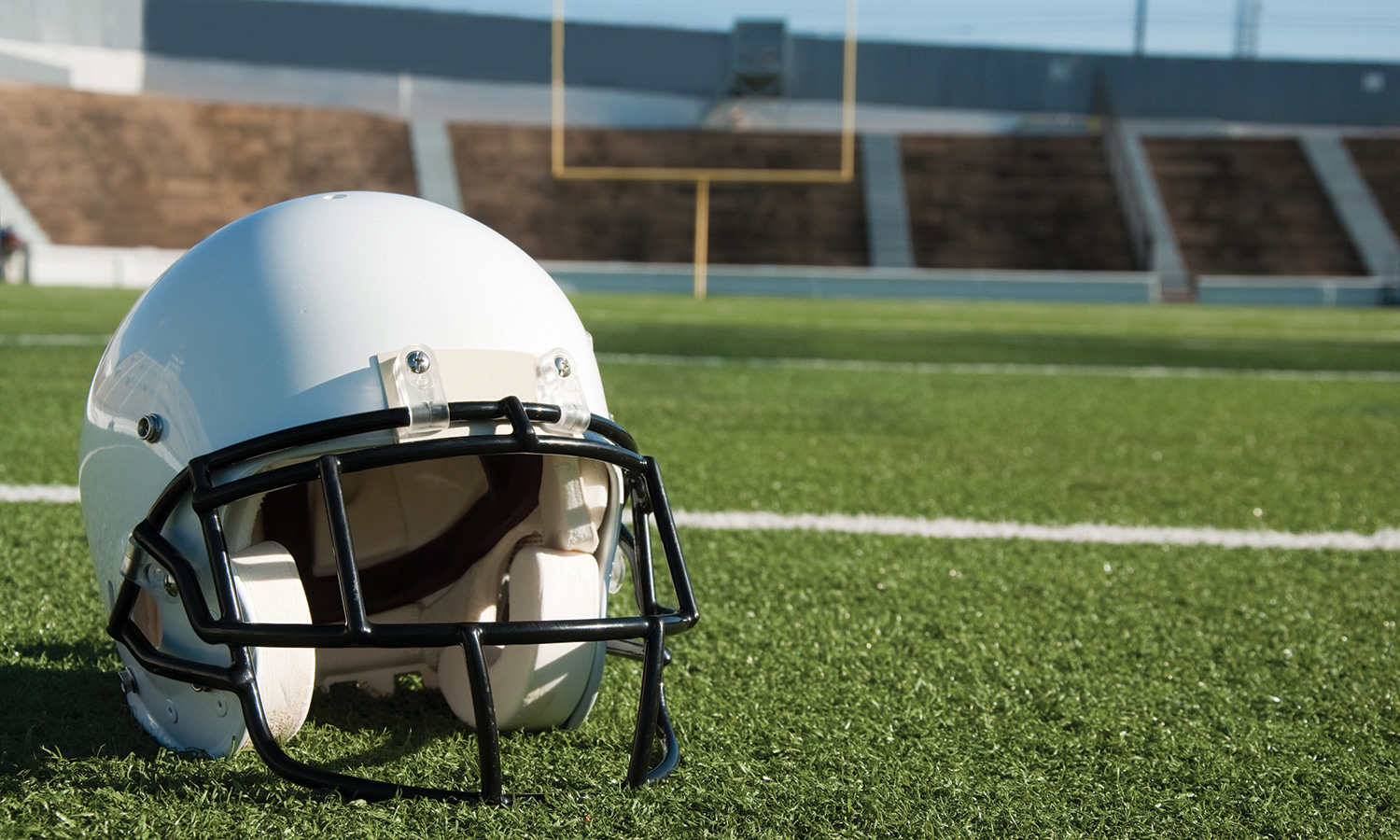 Following the death of George Floyd, professional athletes across all sports haven’t shied away from voicing their opinion about the events that took the life of the 46-year-old Floyd. One such athlete at the forefront of change — who has shown he wants to work with police rather than throw the whole profession under the bus — has been Dallas Cowboys quarterback Dak Prescott, who recently pledged $1 million to “improve police training and address systematic racism through education and advocacy.”

On a recent evening in Dallas, the star quarterback had a unique chance to take his advocacy to another level. While eating dinner with a group of friends at a local steakhouse, Prescott saw Officer Jaime Castro working security and invited him to join the table for a conversation about police work.

Castro, a 23-year veteran with the Dallas Police Department who also serves as a vice president for the Dallas Police Association, talked with Prescott and his friends for nearly two hours about police-community relations, the benefits of law enforcement and much more.

“[Prescott] had some really good questions about police work and what he can do to unite the Dallas Police Department and the community of Dallas,” Castro told WFAA. “We talked about the importance of counseling and making sure we have mentally stable officers because that’s what the community deserves — a healthy, stable officer. He also wanted to make sure we had all the equipment necessary to be able to do our jobs effectively and make sure we had other options to safely do
our jobs.”

With so many around the country calling for officers to be removed from schools, Prescott also spoke to Castro about why officers should remain in schools and the impact they can have on a student’s life. “He remembered his officer who was at his school growing up,” Castro says. “His resource officer and he had a really good relationship, and it meant a lot to him.”

The chance encounter also gave the veteran officer a chance to unveil to Prescott that he is one of the biggest Dallas Cowboys fans around. Going by the persona “Ballz Mahoney” on game days, Castro is a well-known Cowboys superfan who hasn’t missed a team home game in nearly 23 years. Often seen on the sidelines taking photos before the game and interacting with fans, Castro is known for wearing gigantic Cowboys chains, bedazzled helmets and, of course, a Cowboys jersey.

“I told him, ‘hey, I gotta let you know about one of my hobbies,’” Castro joked. “I showed him a picture of me wearing all my Cowboys gear, and he stood up and said, ‘Is that you? You’re always standing back there behind us!’ We gave each other a hug, and he was really excited. He said it made the evening that much more perfect.”

To Castro, the best part of the memorable evening was that it was an opportunity to bridge the gap between the community and law enforcement.

“We both agreed that this is how we bring the community together — I’ve always said, ‘sports unite,’” Castro says. “Here’s the perfect example of how we can find common ground through sports and start talking about how we can make our community better.” 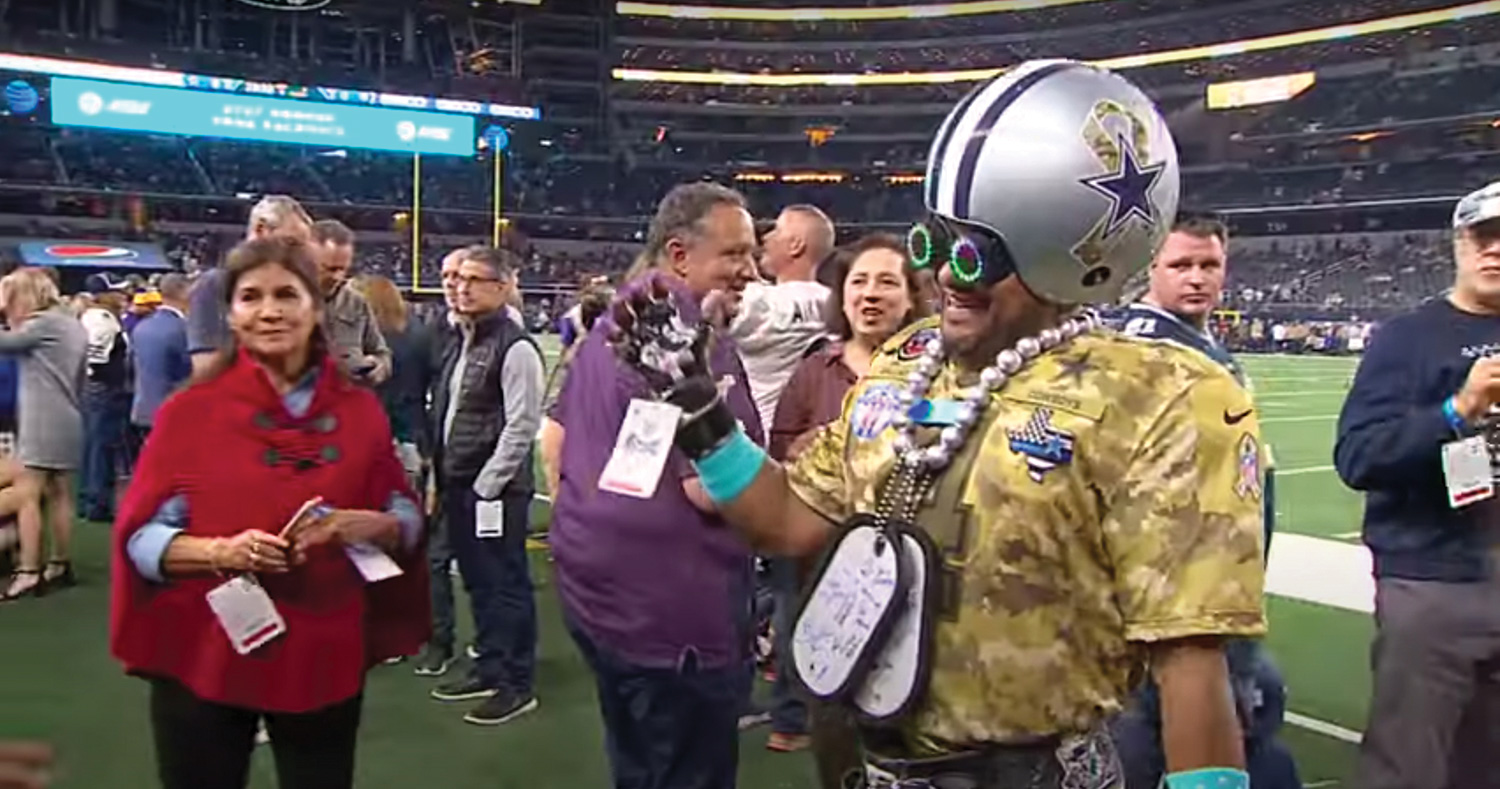 More than a game

Football has always been a shared passion between Castro and his brother, Ezra. Like Officer Castro, Ezra’s known for being a superfan — but not of the Dallas Cowboys, rather the Buffalo Bills. Known by fans as “Pancho Billa” after the Mexican revolutionary general Pancho Villa, Ezra grew up a Bills fan because of the team’s logo and red, white and blue colors.

Despite living hours away from Buffalo, Ezra, known for wearing a Bills sombrero and Lucha libre wrestling mask, would make the trip to the Bills stadium nearly every game to cheer on his favorite team. For nearly his whole life, Ezra was used to watching the Bills duke it out on the field, but in 2017, Ezra was in his own fight — with stage 4 pancreatic cancer.

When the 2018 NFL Draft — held in Texas at AT&T Stadium — rolled around, the Bills knew they had to do something special for one of its biggest fans. With Ezra sitting front and center at the draft, the team surprised Ezra by inviting him up on stage to announce the Bills draft pick to thousands of fans in the stadium and millions watching at home.

The special moment served as a testament to how much Ezra meant to the team. One year later, and just weeks before Ezra tragically lost his fight to cancer, the team’s head coach and general manager called him from his hospital bed to announce the Bills draft pick to football fans around the world one more time.

Although Ezra may be gone, his spirit still lives on in Buffalo and in the Castro family. This past September, before the first game of the season, the Bills celebrated Ezra’s life with a special pre-game ceremony. Ezra’s family was invited down on the field before the game and presented with customized Pancho Billa jerseys in front of thousands of cheering fans.

“It’s a really special story that really hits home since he was my brother,” Castro told viewers.