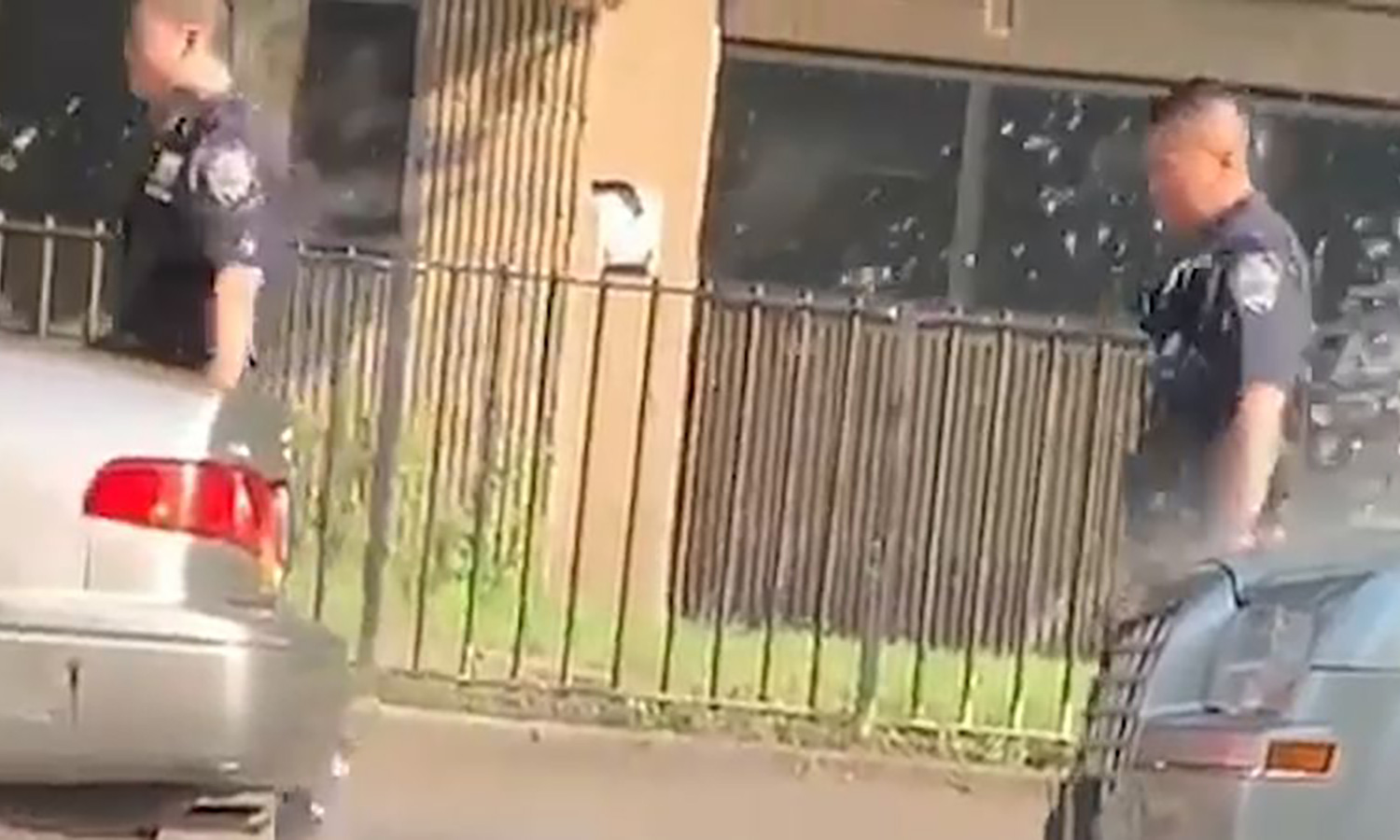 A police psychologist’s take on the NYPD water-dousing incidents

In July, amid a searing heat wave, an astonishing series of incidents unfolded that immersed the New York City Police Department in an embarrassing national controversy. These events led to a surfeit of hyperventilating from politicians, police supervisors, union leaders and media types. For varying reasons, these occurrences were catnip to people in the city and across the country.

A handful of New York City cops had repeatedly refused to take police action when doused with water by exuberant young men whose only discernible desire seemed to be a willingness to humiliate them publicly. These unprovoked attacks left observers stunned.

There were four water-tossing incidents, each in a different borough, police officials say. Within days of the incidents, five individuals were arrested on various misdemeanor charges, and more than a dozen were being sought. The water dousings in Harlem and Brownsville were the most highly publicized, largely because viral videos of the incidents were so jarring.

Time and again, in the face of direct provocations, the cops did little more than silently skulk from the scene with their heads meekly bowed, appearing soaked and vanquished amid a spate of cascading jeers and catcalls; in one clip, a soaked cop is beaned with an empty bucket while making an unrelated arrest. This transgression is accompanied by what sounds like a smattering of guffaws and sniggering.

Paradoxically, these cops were denied much public sympathy because of their largely flaccid reactions. It would appear the public finds it difficult to be supportive when cops display a craven non-reaction by failing to even try to confront such provocateurs.

As a retired NYPD street cop who rose to sergeant and spent his career on the streets in the 1980s — including my time becoming a licensed psychologist who intervened with hundreds of NYPD cops and federal drug agents for job-induced psychological traumas — I, Dr. Daniel Rudofossi, feel an obligation to speak up for my former law enforcement colleagues. I have witnessed firsthand the psychiatric devastation that befalls cops when their actions are deemed too strident, timorous or ineffectual, and it is worth examining how we reached this point.

The idea that a bunch of cops, independently of each other, would react to the water-dousing provocations in identical ways is significant. Thinking about this led me to recall a term I coined five years ago — a result of my counseling troubled cops — called “centurioncide.” It refers to the intentional, willful and wanton destruction of a cop’s psychological nature — and that is exactly what took place here.

The coup de grâce for these cops was when they were publicly excoriated by the city’s top uniformed cop. NYPD Chief of Department Terence Monahan lambasted them for their purported lassitude and indifference. He even implied that these cops were too pusillanimous to confront their water-hurling antagonists. “Any cop who thinks that that’s all right, that they can walk away from something like that,” Monahan intoned, “maybe they should reconsider whether or not this is the profession for them.”

What led each of these cops to become the living embodiment of Casper Milquetoast? The officers displayed feckless conduct by failing to challenge their antagonists. Why? How was it possible for them to collectively display a measure of ferocity more appropriate for a pack of toothless cocker spaniels than cops?

The only logical rationale is that these incidents of mass inertia were learned responses, calibrated reactions to the city’s political climate and ample evidence of the officers’ well-honed drive to avoid potential danger.

In primal terms, these were fight-or-flight responses brought on by the tenor of the times. I know this because in the aftermath of these incidents, I’ve been regularly told as much by cop-patients dealing with job-related trauma. “If my bosses, the city’s political establishment and the communities in which I patrol won’t readily support me, why should I put my head on the chopping block?” is a refrain I’ve repeatedly heard from cops I’ve sought to help.

Some pundits yammered about how these cops deserved to be held at fault for ceding their patrol responsibilities. Any such assessment is, of course, jejune. Such critics conveniently ignore the practicalities of New York City policing. The sad reality is that had these officers adopted a more pugnacious or belligerent posture, they would surely have landed in a far worse predicament.

Any analysis of these events must conclude with the sad realization that NYPD patrol cops, like cops in many large urban settings, are routinely given wildly contradictory tactical messages. On the one hand, they’re told to wade into the breach whenever they see something amiss, but don’t dare do anything too audacious, least you find yourself in worse trouble. A veritable circus acrobat might find it challenging to straddle such diametrically contrary orders of battle.

The elephant in the room is the sad legacy surrounding the July 17, 2014, death of Eric Garner. Cops remain haunted by this event, if only out of personal self-interest. Garner, an African-American resident of Staten Island, was killed after he resisted a white cop, Daniel Pantaleo, who attempted to arrest him for illegally selling loose cigarettes. Pantaleo was accused of using a banned chokehold to subdue the 6-foot-3, 390-pound Garner, but both a state grand jury and federal prosecutors declined to charge him criminally. A NYPD judge recommended Pantaleo’s firing — a recommendation Police Commissioner James O’Neill enforced on August 19.

Another life lesson relates to the misfortunes that befell a well-regarded police supervisor, the late NYPD Emergency Service Squad Lieutenant Michael Pigott. In September 2008, Pigott, 45, confronted Iman Morales, 35, a naked and mentally disturbed man hovering on a Brooklyn ledge, some 10 feet above the sidewalk, as he was swinging an 8-foot fluorescent light bulb at other cops. Pigott authorized another officer to use his Taser, whereupon Morales pitched forward directly onto his head on the sidewalk below, in what proved to be a fatal fall.

Pigott apologized almost immediately, but emotional grief consumed him. Police officials were in the process of concluding Pigott’s actions had violated department guidelines and the Brooklyn district attorney’s office had launched a criminal probe. The beleaguered lieutenant fatally shot himself in the head with a colleague’s gun while at work eight days later.

NYPD cops are not oblivious to the currents in which they swim. They understand how times have changed. They appreciate how any lingering hint of truculence is more apt to win them disciplinary censure than a medal. Unsurprisingly, most NYPD cops have a particular appreciation for the Japanese proverb regarding individualism: “The nail that sticks out gets hammered down.”

Predictably, many cops grudgingly accept the proposition that it is far better to get doused — to endure public censure and ridicule — than to face the prospect of civil and criminal sanctions should they become confrontational. (Please note that many of these very same cops will almost surely deal with frightening emotional dysfunction in the months ahead.)

The hullabaloo gene-rated by these incidents has “re-traumatized” at-risk cops seeking mental health therapy, or other vulnerable law enforcement professionals trying to heal. Even more astoundingly, the breakdown in public order signified by these water-dousing incidents has undermined the psychological equilibrium of civilian patients I’ve seen in my practice, as well.

It is challenging to offer much more than platitudes in response. Essentially, I simply urge my patients to keep on keeping on.

Cops are among the most pragmatic people. They understand if they act too aggressively or behave in confrontational ways, they will find themselves in the crosshairs of their superiors, the court system and the public at large. They know cellphone videos are ubiquitous and that body cams can record their every move. All of this reinforces the notion that self-control is their wisest course of action.

This realization, in turn, has led to a seismic shift in how they view their professional responsibilities.

Less than a generation ago, the NYPD was under the thrall of the “Broken Windows” theory of policing that held that allowing small transgressions to go unpunished would cause future headaches of a more egregious nature. NYPD cops were exhorted to engage in “proactive policing,” an approach that has since fallen out of favor in New York City. A more laissez-faire posture toward criminal conduct has since taken hold. As a result, officers nowadays strive to adopt a Zen-like approach, one in which they tread carefully. Where cops once swaggered when performing their duties, they now tiptoe.

It is churlish to envision how societal safety might be enhanced if cops are denuded of their most atavistic behaviors in the hope they might be reconfigured into Renaissance men and Renaissance women. Cops would prefer to simply be cops. Certainly as a society, we do not want brutal ogres to represent us, yet we still expect officers to remain take-charge guys and take-charge gals. The idea that cops seem eager to relinquish this mandate is troubling, for them personally and for the public, too.

The most important takeaway might lie in the realization that although the NYPD has been at the forefront in developing innovative policing strategies for nearly 175 years, nowhere within the department’s vaunted past has there been an easy remedy for the psychological tribulations most cops endure daily.

Cops become inured by what they see and what they must do. They realize they will be confronted with enervating psychic demons that will erupt whenever they get caught up in the eye of a public maelstrom.

Given this landscape, it is unsurprising more cops commit suicide each year in New York City than those killed in the line of duty. (Through mid-August, nine NYPD cops have taken their own lives this year, exceeding the annual average of five per year tallied since 1994.)

To preserve the mental well-being of NYPD cops, they need more support from their NYPD supervisors, more support from various politicos who court their votes and, most importantly, more support from putative community leaders, a number of whom have remained oddly taciturn and who’ve refrained from acknowledging how acts of centurioncide are not only against the best interests of New York’s Finest, but against those of their own constituents as well.

Dr. Daniel Rudofossi retired from the NYPD as a detective sergeant. He earned a Ph.D. in psychology after serving as a street cop. During much of his career, he worked in a NYPD counseling program designed to help troubled members of the service. He has also served as psychologist for agents assigned to the federal Drug Enforcement Administration. He is the author of seven books, including Cop Doc: The Police Psychologist’s Casebook — Narratives from Police Psychology.

Philip Messing is a veteran crime writer living in New York City. He co-authored the book, Undisclosed Files of The Police: Cases from the Archives of the NYPD from 1831 to the Present.