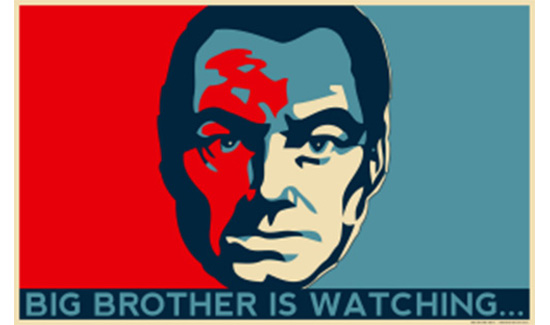 Surveillance is big business. It’s a growth industry in both the public and private sectors. It’s also a runaway freight train with no brakes.

Most of us are too old to understand the details in terms of the way the surveillance state operates. We still think in archaic terms like “wire taps” and “bugging devices,” without taking the time to notice that the internet is, among other things, a tapped wire or that every smart phone is a bugging device.

For police professionals it’s even more complicated. Because of the nature of their work cops generally expect to be the ones watching or listening in rather than being the focus of the surveillance themselves.

When it comes to surveillance cops usually say something like, “If you’re not doing anything illegal then what are you worried about?”

Of course the irony is that where police officers wear cameras on duty like Los Angeles, they frequently get turned off. The fear is that civilians won’t be able to interpret the footage because they have no training and the evening news might use selective editing to paint cops in a bad light in order to boost their ratings.

It’s a classic “shoe on the other foot” scenario.

But what gets lost in the debate about warrantless, blanket surveillance is this: the NSA, DEA and FBI are amateurs when it comes to collecting information on American citizens without a court order or a judge’s approval.

The masters of the game are not to be found in the ranks of federal law enforcement agencies or the intelligence community. The real pros are entities like Bank of America, Walmart and Amazon.

As lawmakers and citizens argue back and forth over whether or not we’ve traded liberty for empty promises of total security, multinational corporations have developed the most sophisticated surveillance state the world has ever seen. And yes, Google and Amazon are more than happy to share the intelligence they have on every American with the intelligence community and federal law enforcement agencies.

But as we saw from the failure to act on intelligence regarding the Boston bombers before they struck, the government isn’t very good at “big data.”

On the other hand Google and Amazon probably had access to every electronic communication, browsing history and purchasing habits of the alleged bombers the Tsarnev brothers. What they didn’t have was a profit motive to share that data with law enforcement.

The surveillance state is about revenue, not security.

So what’s the point of all this?

It’s simple really. Because of the nature of their work and their occupational culture, police officers generally assume when it comes to surveillance they will be the eyes watching and ears listening rather than a target.

But that’s yesterday’s thinking. From the perspective of a Jeff Bezos (Amazon) or a Mark Zuckerbeg (Facebook) cops are just another valuable target for the same kind of data mining that’s responsible for the ads that pop up next to your Gmail message.

“That’s weird…. How did they know I was in the market for a new pair of boots?”

Google knew because that’s what the sytem is designed to do- record each and everything you do electronically. There’s no surveillance exemption for cops.

AND…………….cops have no expectation of privacy or freedom from being filmed during the performance of their duties. Expect citizens to have some kind of recording device. This has been through the courts.. The good, theban and the ugly can and will be recorded. Officers who turn off cameras and police organizations who cannot come up with recordings of police interactions can expect closer scrutiny. Yes, this is because of the bad actions of cops in the past.