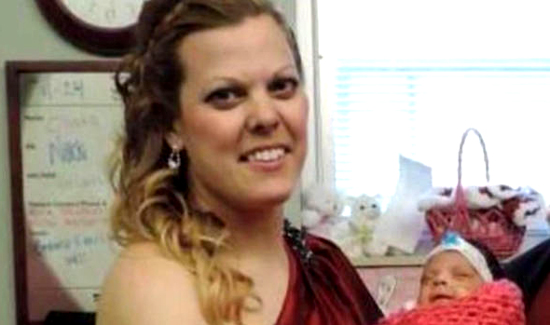 It doesn’t get much more tragic than this.

Omaha, Nebraska, police officer Kerrie Orozco was just one day away from going on maternity leave to care for her daughter, who was born prematurely, when she answered a call to help a fellow officer.

Shortly thereafter, the young cop was dead. She had been shot by a man wanted for an earlier shooting.

Orozco’s family and friends honored her at a church funeral in Omaha.

Hundreds of her colleagues attended the service and thousands more officers and first responders who traveled from around the country watched a video feed at the CenturyLink Center arena in downtown Omaha.

Orozco was a member the Omaha PD’s gang unit.

She was hit just above her protective vest by one bullet in the shooting last Wednesday. Another officer returned fire and hit the suspect.

Both the officer and suspect died at an Omaha hospital.

It is another sad day for Law Enforcement to lose a member. Rest in piece Kerrie.