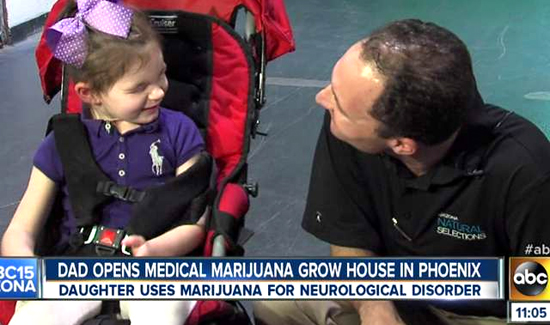 The former head of the DEA has resigned after a series of wild scandals at the federal agency, but those scandals are only part of the story.

Former DEA head Michelle Leonhart was also widely ridiculed for making the outrageous claim that marijuana is every bit as dangerous as heroin, methamphetamine, and Oxycontin.

The new boss, Chuck Rosenbeg, is off to a very rocky start.

He just got the gig and there’s already a petition with 40,000 signatures (climbing fast) to have him fired.

“What really bothers me is the notion that marijuana is also medicine, because it’s not,” Rosenberg said, according to CBS News. “We can have an intellectually honest debate about whether we should legalize something that is bad and dangerous, but don’t call it medicine—that is a joke.”

You have to feel for the guy a little bit.

The drug war, primarily waged on marijuana as opposed to more dangerous drugs, including legal synthetic drugs from labs in China and North Korea, is what keeps the DEA in business.

But as medical refugees from states like Texas increasingly move to states with more forward-thinking drug laws, the DEA is losing its former influence in conversations about drug use and criminal justice policies.

What appears to happening is a culture war in federal law enforcement.

Some officials appear to respect the will of the American people as expressed through the democratic, legislative process.

Others seem unable, or unwilling, to adapt to the new normal.

In a related story, the governments of Ireland and Mexico have announced plans to decriminalize marijuana possession, mirroring the changes we’ve seen in the U.S. over the last decade or so.

It’s time to get off the “ban marijuana” bandwagon. It should have never been classified as a schedule-1 drug and we should not be arresting citizens for its use or sale. The only thing that keeps this drug illegal is the wholesale industry that’s built around it’s illegal status. LE gets additional funding, DEA gets additional dollars, the prison industrial complex keeps getting fed