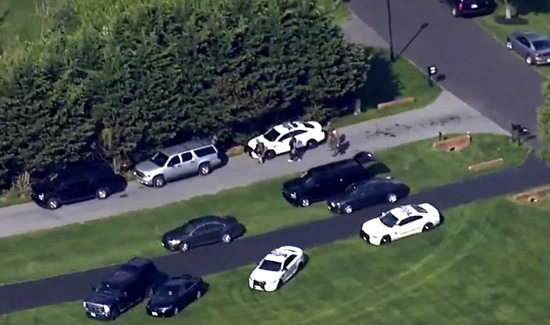 A man suspected of shooting and killing three people in Montgomery County fatally shot himself after a hours-long standoff with police.

The slaughter may have began when the man’s wife fled their home to get help from a neighbor, investigators say.

A standoff between police and Snyder lasted for hours Monday as Snyder refused to leave his home before a SWAT team vehicle rammed the door.

Snyder’s wife told police the incident began after she ran out of her home after being held there over the weekend. She said she ran to the neighbor’s house for help, and police say Snyder followed.