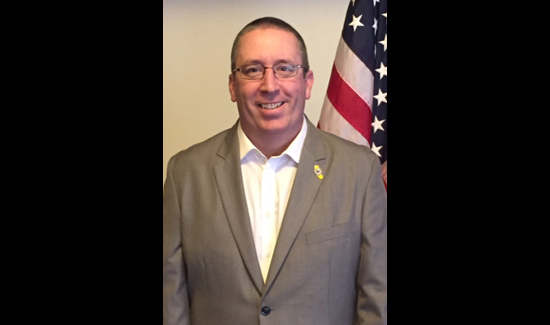 Tony Aguerre is a deputy with the San Francisco Sheriff’s Department and the law enforcement liaison for the NorCal chapter of Concerns of Police Survivors (C.O.P.S.), an organization that provides resources to assist in the rebuilding of the lives of surviving families and affected co-workers of law enforcement officers killed in the line of duty. The San Francisco Deputy Sheriff’s Association is a member of APBWeb’s sister site, PubSecAlliance.

From those picturesque counties that make up the Northern California Coast to the agricultural rich region that is the Central Valley, and all the way into sunny Southern California, live and work the amazing men and women of California’s law enforcement profession.

Each of these California communities was hard hit in 2014 when 13 incredibly brave California peace officers gave their lives to serve and protect. The greatest hope for the survivors of those officers comes in knowing that the California chapters of C.O.P.S., a professional organization with over 30 years experience, are there for them 24/7, 365 days a year.

This past February, the California C.O.P.S chapters held their inaugural Survivor Conference in Riverside. The goal of this gathering was to introduce first-year survivors to one another and to begin to share the resources that are available to them through C.O.P.S.

Family members, co-workers, and representatives from all three California C.O.P.S. Chapters descended on Riverside for the conference, which began on Friday and concluded on Sunday. One of the highlights on Sunday was the Law Enforcement Appreciation Hockey Game hosted by the Ontario Reign, which many survivors attended. Members of the California Highway Patrol provided a motor escort for the transportation bus.

I have served as a volunteer Law Enforcement Liaison to the NorCal Chapter for five years. I have so many wonderful memories of the survivors I have met. I will never forget the stories they shared with me about their loved one or co-worker. The recurring theme was a moving one—that of service to others.

One of my tasks was to serve as a shuttle driver, sharing this responsibility with the other chapter representatives. While some survivors attended the hockey game on Sunday, others went to church, some to the mall, and some took the opportunity to relax. There was a group of survivors that used this day to take a trip to Disneyland, and I had the honor of returning to pick them up later that evening. As we were driving down the freeway, you could see the Disneyland fireworks display in the distance, a beautiful ending to a beautiful day.

Monday, February 23, was our final day in Riverside, but it was also the start to the California Police Chiefs Association 38th Annual Training Symposium in Riverside. We were all again reminded what a wonderful job the Riverside Police Department did in making the C.O.P.S. group feel welcome in their city. Upon exiting the hotel to board the shuttle buses, survivors saw the Riverside PD Motors detail staged. These dedicated officers provided the escort from our hotel to the Riverside Convention Center, where survivors took part in a very special opening ceremony.

Upon arrival at the convention center, survivors were greeted by the awesome display of the Los Angeles Police Protective League’s “End Of Watch Memorial Wall,” a traveling memorial dedicated to LAPD officers who have fallen in the line of duty. Survivors were then escorted into the convention center, where the “A Tribute to Fallen Heroes” program took place. The tribute was so beautifully done, it is hard to put into words.

To learn more about how you can support the California C.O.P.S. chapter in your region, visit www.copsca.org.