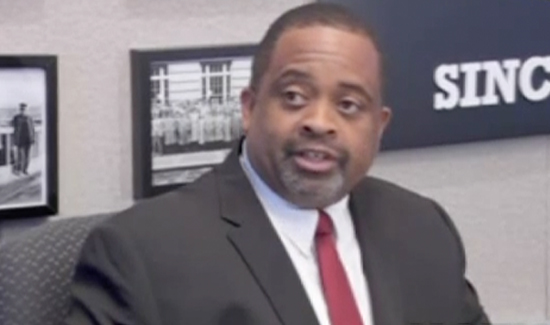 Last Thursday night an entire nation watched Dallas Police officers rush toward gunfire to protect and aid protesters caught in the crossfire. Twelve officers were shot. Five officers made the ultimate sacrifice without regard to the race, creed, color, gender, religion, or sexual orientation of the people they were protecting.

This past Sunday, over one hundred community members and police officers gathered at the Portland Police Memorial at Waterfront Park to pay their respects to the five Dallas police officers killed in the line of duty. As I joined the handful of speakers denouncing violence and watching the grief-stricken faces of those in attendance, I found solace in two undeniable facts: all life is sacred and we all must have a constructive dialogue to bridge the widening gap between law enforcement and the communities we serve. I left that gathering with a hopeful—if fleeting—sense of optimism.

Monday, the unfortunate reality of our divisive culture reared its ugly head. Leah Treat, the Director of Portland’s Bureau of Transportation, sent an email to City employees over the City’s email system, labeling police officers as racist executioners. I was at once overcome with anger and disappointment.

Last year, the City admonished a number of Portland police officers when they showed their support for law enforcement in the wake of the death of Michael Brown. The City punished those officers because of their use of City equipment—in that case, the Portland Police Bureau badge. Yet, this week, the City applauded the use of City equipment—in this case, City email—to further political speech. In other words, the City has picked a side based on the content of the speech.

Setting aside the legal issues raised by the City’s favoritism of one political ideology over another, the City’s position does nothing to encourage a solution to the widening divide between law enforcement and the communities we serve. The rhetoric in this country has gotten toxic. We cannot shout words over email and then expect to divorce those words from their consequences.

Rather than perpetuating divisiveness and sending rhetoric from the comfort of a computer keyboard, I invite Ms. Treat as well as Mayor Hales, Chief Marshman, and all other community organizations calling for police reform to sit down with me and other police officers and talk. Let’s talk about what separates us. And then let’s talk about what will bring us together, let’s talk about solutions.

It infuriates at the same time sickens me that these public officials have the audacity, sense, understanding to publicly, using their positions of authority & presence, to denigrate, insult, demean, not just the serving officers, but all those that serve to enforce laws, protect & serve all members of public, including those officials whom have spoken out against them …..