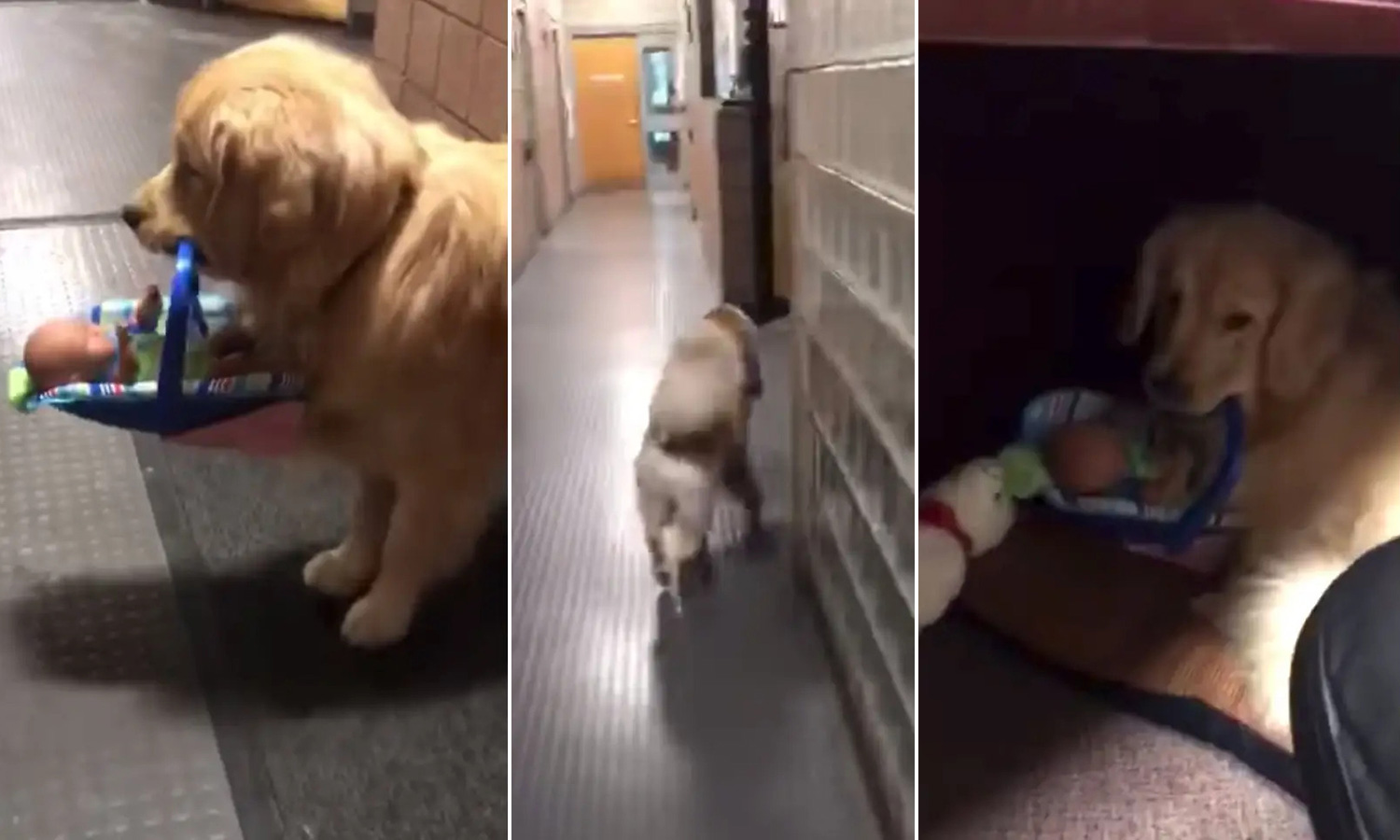 A Massachusetts police department’s therapy dog was caught stealing toys from a holiday toy drive and keeping them for himself.

Officers with the Franklin Police Department had arranged to collect toys for children for the Santa Foundation, a local nonprofit that helps families in need.

But when they noticed that toys were disappearing, they found the culprit to be their therapy dog, a golden retriever named Ben.

“When Ben saw the toys, he thought they all belonged to him,” Deputy Chief James Mill told WFXT, a local Fox affiliate, on Thursday.

Officers caught Ben in the act. They filmed a video of Ben taking a baby doll from the donation area in a classroom. When an officer asked him what he was doing, Ben walked over to his bed under a desk, where there was another toy.

“You’re priceless,” an officer said in the video. “He’s going to stockpile them toys over there. He keeps bringing them in here.”

In a Facebook post on Wednesday, the department joked that officers had learned to keep the classroom door shut — and to keep toys in a high place where Ben can’t reach.

“If not, a golden retriever will slowly hoard them throughout the day and bring them back to his lair,” the post read. “Thanks to Officer Cusson for capturing this larceny on camera.”

Mill told WFXT that Ben had been banned from the toy room.

“I mean, he’s gotten his slobber all over them at this point, so the police department has replaced them,” he said.

Mill added that Ben had “the run of the station.”

“It’s amazing. He’s like one of those friends that always shows up at a party that everybody loves,” Mill told the station. “So even if you’re having a terrible day, if Ben walks in, seriously, it’s just like a ray of sunshine.”