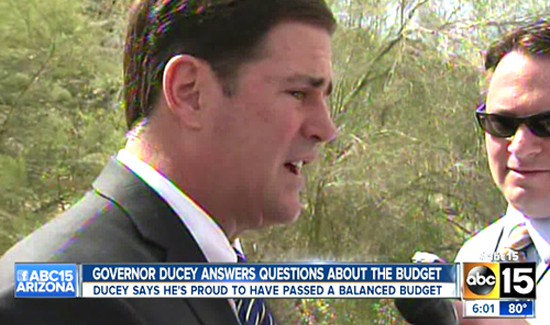 You’d think Arizona would be one of the states to resist measures that disclose the identities of law enforcement officers who have been involved in shootings.

You would be wrong.

In a shock to police associations, agencies, and officers across the state, Arizona Governor Doug Ducey recently vetoed legislation that would have prevented law enforcement agencies from releasing the names of officers involved in serious or fatal shootings for 60 days.

“I know the goal of this legislation is to protect officers and their families, and it’s a goal I share,” Governor Ducey said in a letter explaining the veto. “Unfortunately, I don’t believe this bill in its current form best achieves the objectives we share, and I worry it could result in unforeseen problems.”

Levi Bolton, Jr., executive director of the Arizona Police Association, said he met briefly with the governor earlier this week to outline his case for the bill, during which he said the governor did not show which way he was leaning. “It was perhaps the best poker face I’d seen,” he said.

“I’m not only disappointed, I’m angry about it,” Bolton said after the veto, adding he’s received messages from members of the association who were “livid.”