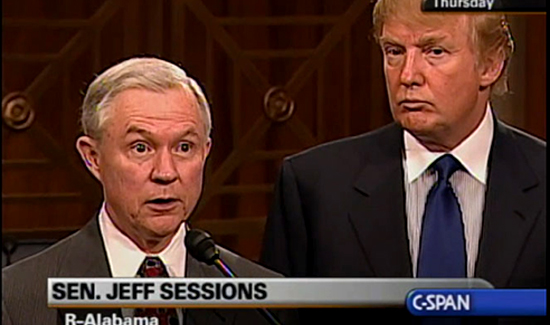 When Trump said on the campaign trail, “I am going to be a great cheerleader for law enforcement!” he apparently wasn’t talking about the feds.

When Trump said on the campaign trail “I am going to be a great cheerleader for law enforcement!” he apparently wasn’t talking about the feds.

One of President Trump’s biggest disappointments in office, by his own account, was discovering that he is not supposed to personally direct law enforcement decisions by the Justice Department and the F.B.I. So, instead, he has made himself into perhaps the most vocal critic of America’s system of justice ever to occupy the Oval Office.

Just this week, he denounced the criminal justice system as “a joke” and “a laughingstock.” He demanded that the suspect in the New York terrorist attack be executed. He spent Friday berating the Justice Department and F.B.I. for not investigating his political opponents. He then turned to the military justice system and called a court-martial decision “a complete and total disgrace.”

The repeated assaults on law enforcement cross lines that presidents have largely observed since the Watergate era, raising questions about the separation of politics and the law. But as extraordinary as Mr. Trump’s broadsides are, perhaps more striking is that investigators and prosecutors are so far ignoring the head of the executive branch in which they serve while military judges and juries are for the most part disregarding the opinions of their commander in chief.

That frustration has been fueled particularly by Mr. Trump’s inability to control the special counsel investigation into whether his campaign coordinated with Russia during last year’s election, an investigation that unveiled its first criminal charges this week against Mr. Trump’s former campaign chairman and two other advisers.