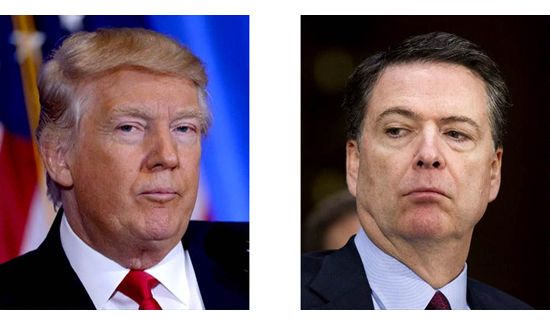 President Trump criticized FBI “leakers” Friday in the midst of news reports his chief of staff asked the bureau itself to “knock down” stories about investigations into possible contacts between Trump officials and Russian officials.

“The FBI is totally unable to stop the national security ‘leakers’ that have permeated our government for a long time.” Trump tweeted.

The president said officials “can’t even.find the leakers within the FBI itself. Classified information is being given to media that could have a devastating effect on U.S. FIND NOW.”

Trump’s comments came after CNN reported that “the FBI rejected a recent White House request to publicly knock down media reports about communications between Donald Trump’s associates and Russians known to US intelligence during the 2016 presidential campaign.”

The request came from White House Chief Reince Priebus, who has publicly said that FBI officials told him the stories were overblown.

Possible contacts between Trump people and Russians are part of an investigation into Russian efforts to interfere with the 2016 election, including the hackings of Democratic officials close to presidential nominee (and Trump opponent) Hillary Clinton.