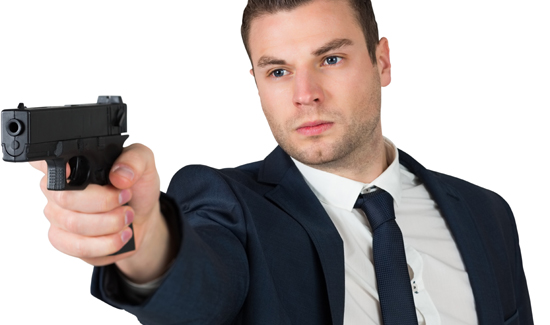 Are you having a crappy day, week, month, or life?

If so, take comfort in the fact that there’s always someone worse off than you.

For instance, you could be the guy at a big company that decided to throw a lot of money at commercials to be run during the Olympics in Brazil before all the news about Zika, deadly levels of E. coli, and human body parts washing up on the beach.

Or you could be a member of an organization that threw its support behind a serial liar who gets his news from Alex Jones and are now watching said cash burn up in a spectacular dumpster fire.

Or you could be a cop assigned to work security details at next week’s National Republican Convention—an event where almost everyone not standing on the convention floor will be armed and looking to settle scores.

If you’re already assigned, for God’s sake, be careful.

If you can stay out of Cleveland for a while, you might want to take a moment and count your lucky stars.

Because nothing spells chaos like the deadly combination of booze, hookers, politics, and firearms. It’s literally a recipe for disaster.