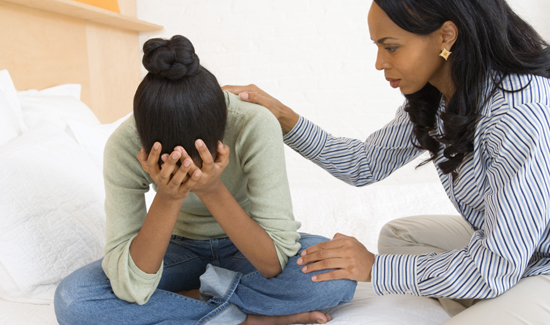 For the folks that voted for and support Donald Trump it’s morning in America—again.

But for others, particularly children that aren’t white, the last several days have been, well, kind of scary.

There’s no question that the President-elect’s naked bigotry was a huge draw for many of his fans and supporters.

Unfortunately, that bigotry is now being channeled by kids, and it’s creating an environment of fear— something we should probably start getting used to.

Here are just a few of the signs that hate crime calls are about to radically increase in volume:

Via Crooks and Liars:

The news that Donald Trump won the 2016 presidential race reportedly incited racial slurs and assaults at one vocational school in Pennsylvania.

In a Facebook post on Wednesday, York NAACP President Sandra Thompson revealed that she had been receiving reports of students at York Vo-Tech “being spit on, attacked, and called names because of their race or perceived Immigrant status.”

A small group of students at Royal Oak Middle School in Detroit, Michigan broke out into chants of “Build the wall” the day after the election, according to The Detroit News.

According to a Facebook video of the event that has now gone viral, “Latino children were crying.” Dee Perez-Scott, who posted the video, said, “the taunts, the “Build that Wall” with such bullying power and hate from children to children. Just Horrifying!”

So, at least for the time being, if you live in a part of the country where not everyone agrees on stuff, you can probably count on a massive increase in calls related to the aftermath of the 2016 presidential race.

If it’s one of your kids that’s on the receiving end of the abuse, best of luck figuring out what to tell them.

What about the 5 black teens in Chicago who beat up the white Man after they said “did you vote for trump?” What about all the property damage in Portland? What about the Ohio kid beat up in middle school by minority’s for wearing a trump hat? Or the Texas teen for the same reason

What an uninformed, racist promoting, one-sided article. When are the defeated Clinton and lame-duck Obama going to go on the air denouncing the actions of these ‘scared’ students who are rioting. To me, this is a prime example of kids who grew up in a ‘don’t keep score’ and ‘everyone gets a participation trophy’ environment. When their candidate did not win, they do not know how to accept defeat. Additionally, it appears that agitators paid for by the Hillary campaign are the ones stiring up the crowds.

You don’t hear anything about the current racist president in this article. The one that accused police of “acting stupidly” fro arresting a person breaking into their own home. Wrong. He was arrested for disorderly conduct and of course was playing the race card. Trayvon Martin, who beat George Zimmerman’s head in, could have been Obama’s son. Michael Brown, who can be seen punching and brutally attacking a senior citizen, became a hero because Obama did nothing to quash the riots and looting. Obama was getting the score right, no matter how many cops die.