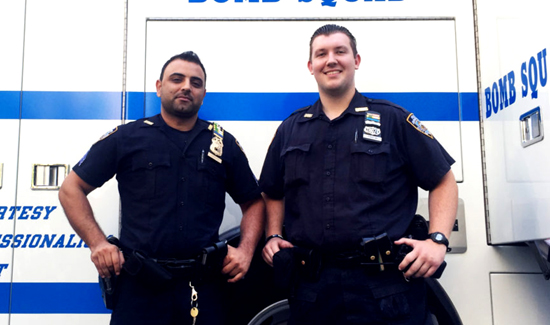 The Republican-led state Senate approved the bill on an initial voice vote but Democratic lawmakers blasted the effort as “extreme” and “anti-immigrant.”

State Sen. Bob Gardner, the bill’s sponsor, disputed the suggestion, but the Colorado Springs Republican argued that law enforcement officers may face “conflicting allegiances” if they are not sworn U.S. citizens.

“Do we believe that our law enforcement officers, our peace officers, should be imbued either by birth or naturalization in the values of our country? Gardner asked. “… When they swear an oath to the Constitution of the United States, should there be no other conflicting oath?”

The measure revived tensions ripe after Trump’s disputed executive order banning immigrants from seven Muslim-majority countries and the administration’s push to build a wall on the Mexican border.

“This bill does not come before you in a vacuum. It comes before you at a time when the whole subject of immigration … is under intense scrutiny and intense debate,” said Sen. Daniel Kagan, a naturalized U.S. citizen born in Great Britain.

The measure — Senate Bill 120 — is a response to a $10,000 fine imposed on the Denver Sheriff Department by the U.S. Justice Department for requiring citizenship as an employment requirement.