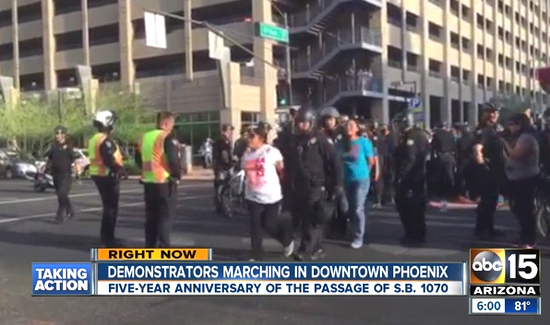 The program received scant attention during a week in which Trump announced plans to build a border wall, hire thousands more federal agents and impose restrictions on refugees from Middle Eastern countries.

But the program could end up having a significant impact on immigration enforcement around the country, despite falling out of favor in recent years amid complaints that it promotes racial profiling.

More than 60 police and sheriff’s agencies had the special authority as of 2009, applying for it as the nation’s immigration debate was heating up. Since then, the number has been halved and the effort scaled back as federal agents ramped up other enforcement programs and amid complaints officers weren’t focusing on the goal of catching violent offenders and instead arrested immigrants for minor violations, like driving with broken tail lights.

Sheriff Joe Arpaio used the program most aggressively in metro Phoenix, and he became arguably the nation’s best-known immigration enforcer at the local level in large part because of the special authority. In a strange twist, he was thrown out of office in the same election that vaulted Trump to the presidency, mostly because of mounting frustration over legal issues and costs stemming from the patrols.

In his executive order this week, Trump said he wants to empower local law enforcement to act as immigration officers and help with the “investigation, apprehension, or detention” of immigrants in the country illegally.

The move comes at a time when the country is sharply divided over the treatment of immigrants. Cities such as Chicago and San Francisco have opposed police involvement in immigration while some counties in Massachusetts and Texas are now seeking to jump in.