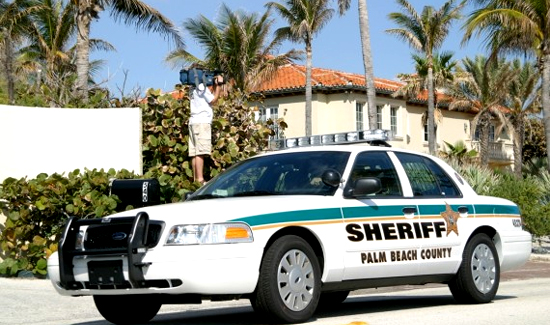 Ed. note: President Trump said a lot of stuff on the campaign trail, including the following: “I would rarely leave the White House because there’s so much work to be done.” Yet he’s been going to his country club in Florida almost every weekend. If this pattern holds course, it could mean massive OT for the Palm Beach County Sheriff’s Office—a most unexpected benefit.

This week, Donald Trump will be visiting his Mar-a-Lago resort for the third weekend in a row, which means that local law authorities will again have to foot the bill for protecting the president.

Since his election, Trump has spent about 25 and a half days at his Mar-a-Lago resort.

According to the Palm Beach Post, the Palm Beach County Sheriff’s Department has raked up $1.5 million in overtime costs for Trump’s visits since he was elected president in November.

Palm Beach Sheriff Ric Bradshaw told the Post that security costs are amounting to about $60,000 a day during Trump’s visits to the county, which means that, in total, the agency has spent more than a million dollars protecting him.

Bradshaw says he is confident the money his department spent in aiding Secret Service with the president’s protection will be reimbursed, but county administrators seem skeptical.

The sheriff’s office isn’t the only one losing money when the president visits.

Lantana airport businesses say that in just the last two weekends, Trump has cost them thousands of dollars, and they continue to worry that the hassle of frequent airport shutdowns will scare customers away to other airports.